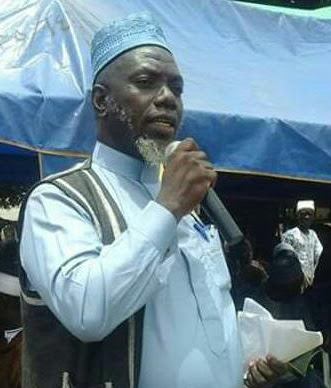 It was meant to be his happiest day. For Dr. Abdulhafeez Adeniyi Adedimeji, a senior lecturer of Arabic Studies at the Fountain University, Osogbo, Osun State, it was not to be, as he died on the day he was supposed to receive his PhD certificate at the University of Ilorin, the highest attainment in his profession, having completed his course.

In anticipation of the big event, Dr Adedimeji was said to have prepared to receive his certificate. But he did not live to witness the joy of the day. He died in the early hours of the day he was to be officially conferred with a PhD. And as he was being lowered into the grave in his hometown, Iwo, his name was among those called to step forward inside the university large auditorium to receive their honours.

But his immediate younger brother, Dr. Mafouz Adedimeji, who is a senior lecturer and a Director, Centre for Peace and Strategic Studies in the university, in a voice laden with grieving emotion, announced his death to the surprise of the audience.

Few days to the graduation, the deceased had collected his gown for the graduation ceremony and had agreed with Mafouz to send his driver and car to Osogbo to carry him to Ilorin for the event. According to his younger brother, he became uncomfortable when his brother called him back on the eve of the graduation that he should not send the driver and the car again because he was not feeling well to attend the programme.

It was a harrowing experience for those who took the deceased to the hospital in the middle of the night when his medical condition became worse. Narrating how it happened, Alhaji Tafiu Areo Mustapha, the former head of the Orisumibare community in Oke-Baale, Osogbo, Osun State capital, where Dr. Adedimeji and his wife, Alhaja Kifaya, live with their three children, Qayim, Uais, Khadijat and Mahzouz, said he was alerted about the deceased’s worsening condition around 1.00 am last Saturday (graduation day).

According to him, the late Adedimeji was first rushed to a nearby private hospital accompanied by his wife, first child, Qayim, and three other neighbours, including the incumbent chairman of the community, Mr. Olayinka Abdulsalam.

He said: “His wife and son woke me up around 1.00 am that Saturday and said he was suffering from malaria; that he was vomiting and became very weak. So, they needed assistance to take him to the hospital. He was too tired to drive his car; so we took my car and another car in the community. We first rushed him to a nearby private hospital, but could not find help because the doctor was not around and the nurses on duty were helpless.

“From there, we rushed to the Ladoke Akintola University of Technology Teaching Hospital, Osogbo (LAUTECH(TH). The medical personnel on duty said they would not admit him (obviously a partial strike embarked by the hospital’s doctors) and we rushed to the State Hospital at Asubiaro, Osogbo, where there was no oxygen and help for him. It was really bad, and by that time, he had become severely weak and was no longer breathing. And right in front of a helpless doctor, probably a baby doctor, we resolved to go to a nearby health facility, Our Lady of Fatimah Catholic Hospital, where he was pronounced dead inside the car by a doctor.”

The body of the 46-yr-old lecturer was conveyed the same day (last Saturday) from Osogbo to Iwo, his hometown, for burial according to islamic rites.

His immediate elder brother, who is a Lagos-based lawyer, Mr. Adam Adedimeji, said when he received a phone call around 2.00 am last Saturday, he and his wife, Risikat, knew something was amiss. He disclosed that his deceased brother had a surgery on 13th of October at LAUTECH for a growth on his left thigh after returning from a conference in Morocco on 6th of October. I spoke with him about the surgery when I had a stop-over in Morocco on my way back to Nigeria from a conference in Washington DC in America. Though he said, as Muslims, he had accepted Abdulhafeez’s death as God’s wish, but he believes that if he had not been discharged early from the hospital after the operation, he might not have died.

He said: “I was against his early discharge from the hospital, but he said he was fit. I believe if he was under the hospital’s intensive care and surveillance, he would have been restricted from doing certain things. For instance, penultimate Friday morning, a day before he died, he drove his children to school. Around 9.00pm, I called to find out about the graduation programme in Ilorin, but it was his wife who picked his call and she said he was already sleeping because he was weak and down with malaria.”

Abdulhafeez seemed to have had a premonition of his death. Few days ago, he posted a “farewell message, on his Facebook wall a statement in Arabic, a language which he was internationally acknowledged to be a master of. The message was translated to mean: “I am a stranger in this world just like others. My age is reducing day by day. If I am with you, you will be seeing me in your midst, but if death takes me away from you, this is my picture.”

Kidnappers Who Abducted An RCCG Pastor In Ikorodu Lagos Have Been Arrested
Video: Old Man Pushed Into Gutter Dies, Policeman Gets Jungle Justice In Ikeja Lagos