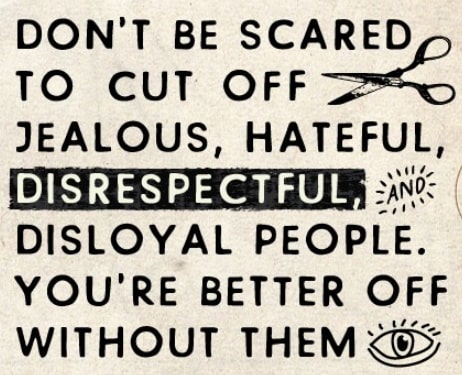 How To Deal With Toxic Coworkers, Family Friends & Partners

It is not uncommon that in any society, people deduce some behaviours generally considered by others untoward and disadvantageous to others’ fortune.

Psychologists describe people in this habit as having toxic behaviours and that such people are capable of abusing and manipulating people’s emotions.

They observe that toxic peoples’ behaviours are also contagious and notwithstanding how positive a person could be, he could be infected by their actions if he is not careful.

According to them, identifying these individuals and understanding how to relate with them is essential.

Renowned U.S. based psychiatrist, Dr Abigail Brenner says people with toxic behaviours are not caring, supportive, or interested in what’s important to others, while loyalty is strange to them.

According to her, they tend to use others in accomplishing their goals and take no responsibility for anything they do.

“They don’t apologise and they don’t see any reason to, because things are always someone else’s fault.

“In many instances, although they try to orchestrate relationships to serve their own ends, they try to gain sympathy and attention by claiming victim status.

“Toxic people make you choose them over someone else, or something they want over something you want even to the point of requiring you to cut off other meaningful relationships to satisfy them,’’ she observes.

An Australian psychotherapist, Dr Jodie Gale, believes that some people are even indulging in hiding their true character, describing the act as part of being toxic.

According to her, being envious of everyone else is the art of counting someone else’s blessings instead of your own; and obsessive negative thinking is an outstanding mark of a toxic person.

“It’s very hard to be around people who refuse to let go of negativity, who incessantly see life through a gloomy lens,’’ she explains.

She also refers to toxic-behaviour persons as manipulative, judgmental, persons that will never take responsibility for their own feelings and never care, support, or be interested in what’s important to other persons.

Most of psychologists believe that people with toxic behaviours show their shortcomings and deficiencies by feeling uncomfortable when someone is doing better than them in any area.

They describe them as always like to be the receivers and not the givers and that they love to play the victims so as to manipulate on one’s emotions.

“Toxic people are draining; encounters leave you emotionally wiped out. Time with them is about taking care of their business, which will leave you feeling frustrated and unfulfilled, if not angry.

“Their modus operandi includes gaining total control of a situation, and that means of you, too. They will demand your undivided attention and attempt to convince you that you need to join their camp.

“To their way of thinking they know better than you. They’re right; you’re wrong. And you need to do what they say.

“This kind of toxic person will think nothing of invading your space and may try to isolate you from others you are close to, a psychiatrist, Dr Abigail Brenner, observes.

In her view, a relationship expert in Lagos, Mrs Iyabo Obasa, notes that some relationship among couples can also be toxic.

Obasa, a member of Counselling Ambassadors Organisation, an NGO, notes that a lot of women have lost their lives, self-worth, dignity and confidence due to inability to deal with the occurrence of toxic relationships.

She observes that a relationship can be described as toxic when both husband and wife are hurting and can no longer find reasons to be together.

“From being hurtful and unhappy, it gradually leads to hate, relationship degeneration and the final breakup.

“Women should be able to tell a healthy relationship that will advance their lives and give them joy.

“Relationships determine how far anyone goes in life because whatever the connection or relationship maybe, by blood or marriage, it should not be toxic or unbearable in any way,’’ she observes.

However, psychologists warn that it requires a great caution when at the verge of terminating one’s relationship with people with toxic behaviours.

They observe that such people should be dealt with bluntly in a public place because some of them could be violent.

“Explanation isn’t needed again because they aren’t worth anymore of your time; blocking them on social media could also do a great deal too.

“Similarly, sometimes, you can use the silent treatment by moving out of their lives silently,’’ they recommend.

In addition, a relationship counselor, Dr Joanna McClanahan, recommends that in dealing with toxic behaviours among people, one has to set boundaries for them and pick battle points wisely.

“It’s tricky to balance being cordial with not wanting to normalise someone’s emotionally abusive behaviour; recognise and distance yourself from their behaviour; focusing on the positive values,’’ she advises.

However, a renowned psychiatrist and author, Dr Peg Streep, observes that if the person with toxic behaviours is someone one cannot avoid coming into contact with, maybe at work place, setting boundaries for such behaviours rather than the person will work.

“You don’t need to be rude, abrasive, or accusatory; in fact, it’s important that you aren’t, but that you are firm and decisive. If it’s a work situation, go through the appropriate channels and put it in writing.

“If you see a pattern, address it soon through the proper channels to see how they respond. If that person shows no respect for your position, livelihood, or dignity, consider cutting ties altogether,’’ she advises.

Analysing some of the problems associated with people with toxic behaviours, German popular columnist Marcel Schwantes observes that since people in toxic cultures systematically avoid accountability for their actions and cast blame elsewhere to protect themselves, they are dangerous to relate with.

A neuropsychologist, Dr Rhonda Freeman, nonetheless, says: “If the toxic person is your spouse, you likely need the help of a mental health professional for navigating the relationship.

Continue Reading
You may also like...
Related Topics:deal, people, toxic

Foods To Avoid During Pregnancy To Prevent Deadly E coli, Salmonella & Listeria Infections
You Have Stayed Too Long In The Dreamland, It Is Time To Move Forward