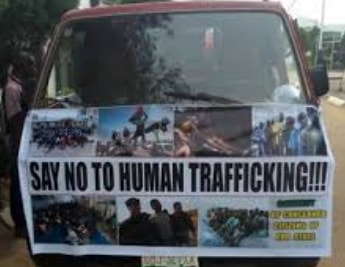 A man identified as Ehigie Richard was yesterday sentenced to 7  years imprisonment for trafficking fellow Nigerians to Russia.

Richard was arraigned at an Edo State High Court for recruitment of a person by means of abuse, position of vulnerability and facilitation and exportation of persons for prostitution, contrary to various provisions of the Trafficking in Persons (Prohibition) Enforcement and Administration Act, 2015.

He was said to have recruited one woman, identified simply as Miss X, and trafficked her to Russia, where she was exploited.

A statement by the Zonal Commander of National Agency for the Prohibition of Trafficking in Persons (NAPTIP), Nduka Nwanwenne, said the victim was taken to a shrine, where an oath of secrecy was administered on her and was asked to pay back $55,000 for between six months and one year.

Nwanwenne said the victim was warned not to run away or report her madam in Russia to the police of the failure to pay the money or the oath would make her go mad.

He said the case against the accused was investigated in collaboration with the Joint Border Task Force (JBTF), a multi-disciplinary crime fighting task force.

The statement said: “On arrival in Russia, her phone and international passport were seized by her madam, Bridget, and her boyfriend, Kingsley. The madam allegedly opened a website for prostitutes for the victim, where her information and pictures were downloaded.

“Customers usually check and call for appointments. A notebook was procured for the recording of all earnings. Similarly, the victim was made to pay 10,000 Rubble for rent and 50,000 Rubble to service the website.

“Before the victim threw in the towel, she had paid $40,000 to her madam. On the day the victim escaped, her madam went out to shop. She used the opportunity to run to one of her Russian friends who took her to the Nigeria Embassy in Moscow before she returned to Nigeria.”

Delivering judgment on the matter, Justice Alero Edodo-Erauga said the law must have its way, despite the fact that the accused pleaded for leniency and did not waste the time of the court.

She urged human traffickers to desist from their nefarious acts and redirect their energy to positive ventures.