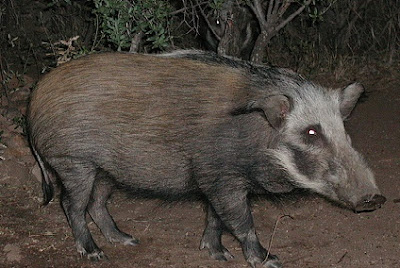 An Ado-Ekiti Magistrates’ Court today remanded a 33-year-old hunter, Ganiyu Abdullaral, in prison custody for allegedly killing his friend who alleged ly changed into a pig.

The Magistrate, Modupe Afeniforo, directed the prosecutor to duplicate the file and send it to the Director of Public Prosecution for legal opinion.

Afeniforo adjourned the case till Nov.11 for further mention.
Prosecutor Monica Ikebulo told the court that the accused shot at a bush pig which later transformed into his friend.

Ikebulo said the accused committed the offence on Sept.9 at Iwaraji Camp via Efon Alaaye in Efon Alaaye -Ekiti.
She said that the accused on the said date with eight of his colleagues now at large went for group hunting and unlawfully shot his friend, Iginla Oluwashina, with his Dane gun.

The prosecutor applied for an adjournment to enable her duplicate and send the office to the Director of Public Prosecution for legal advice.

Ikebulo said the offence contravened Section 319 of the Criminal Code, Cap C 16,Laws of Ekiti State. 2012.
No plea was taken.