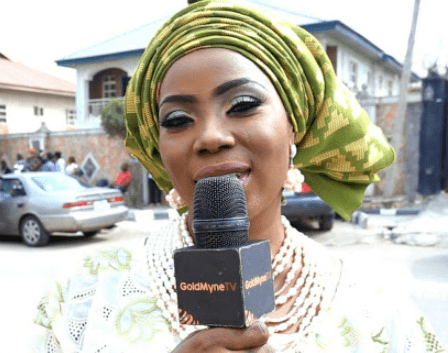 Nollywood Actress Says Husband Free To Have Girlfriend After Their Marriage

Fast rising actress Kudirat Ogunro has said she will allow her husband to have a girlfriend after their marriage in order to have a settled home.

In a chat with NAN on Friday in Abuja, the actress said men are, by nature, polygamous.

She advised women to stop deceiving themselves by trying to wholly own their husbands.

“I’m not a jealous lover. In fact, when I get married, my husband has to have a girlfriend.

“That’s how my home can be settled and peaceful instead of him telling me ‘it’s only you baby’. No, I don’t believe in those words. I’m very serious.

“Men are polygamous by nature; so don’t let us fool ourselves,” the actress said.

NAN reports that Ogunro, a versatile actress, was in 2017 nominated for City People Movie Award for Best Upcoming Actress of the Year (Yoruba).

Continue Reading
You may also like...
Related Topics:girlfriend, husband, marriage

Awara Forest: Imo State Forest Of Horror & Most Dreaded Den Of Violent Criminals Destroyed
How To Make Your Marriage Work (15 Tips For A Successful Marriage)