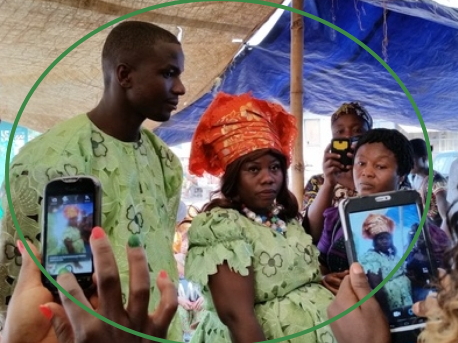 My Wife Fought Ebola & Saved Peoples Lives, Now They Abandoned Her To Die – Husband Of Liberian Nurse Who Died During Childbirth In Monrovia Laments

The family of Mrs Salome Karwah, a Liberian Ebola nurse named Time magazine’s “Person of the Year” in 2014 wants to sue a hospital in Monrovia.

They claim the staff was too scared to treat her when she died of complications around childbirth.

The hospital in Monrovia rejected that claim, saying staff had done all they could to save Salome Karwah, who died after giving birth by caesarean section last week.

However, Liberian authorities said this week they are investigating her death.

Karwah worked with charity `Doctors without Borders’ as a nurse after herself recovering from the often deadly hemorrhagic fever.

She was one of five people featured on the Time magazine cover for their work in fighting Ebola.

“The family is going to take a lawsuit against the hospital.

“The mismanagement of our sister’s condition was due to the fact that they had people on shift, who did not handle her case professionally,’’ her brother Reginald Karwah told newsmen.

Since her previous exposure, when Ebola ravaged her village and killed a number of her relatives, it rendered her immune, Karwah was able to make direct contact with sick patients that most carers could not.

The local media reported that she could even “spoon-feed elderly sufferers and rock feverish babies to sleep”.

In June, the World Health Organisation (WHO) declared Liberia free of active Ebola virus transmission, the last of four West African countries at the epicentre of the world’s worst outbreak of the disease.

Traces of Ebola can hide in survivors’ bodies long after they have recovered, but health experts say the risk of Ebola re-emerging and being transmitted to others is extremely low.

In spite of that, there is a great deal of stigma around survivors of the virus in West Africa.

Liberia’s Chief Medical Officer Dr Francis Kateh told newsmen that the families were “not looking at the reality”.

“I don’t think stigmatisation is an issue. She stayed there for days before she was discharged.

“So if there was a stigma against someone with Ebola they would not have touched her or operated on her, when in fact they did.

“Had no one touched her, no one looked at her, then you could say stigmatisation occurred,’’ he explained, denying that this is what happened.

However, Karwah’s husband James Harris said he had argued with doctors and nurses at the hospital for three hours to let her in while she lay unattended in an ambulance. 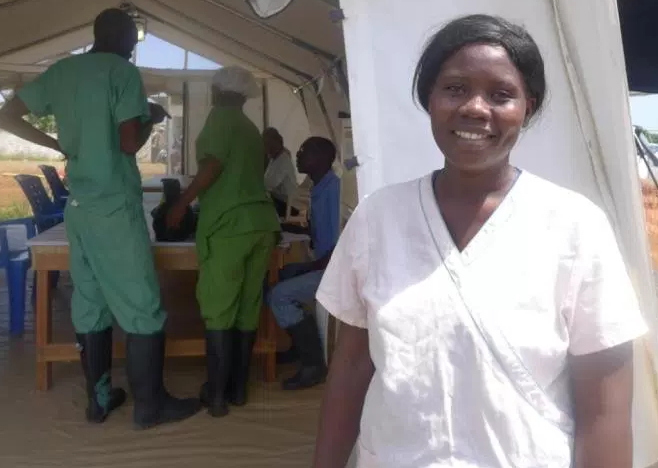 “I feel very bad and angry. My wife fought Ebola, saved other people’s lives and now this was the time for the healthcare workers in Liberia to pay back but they refused,’’ Harris stressed.