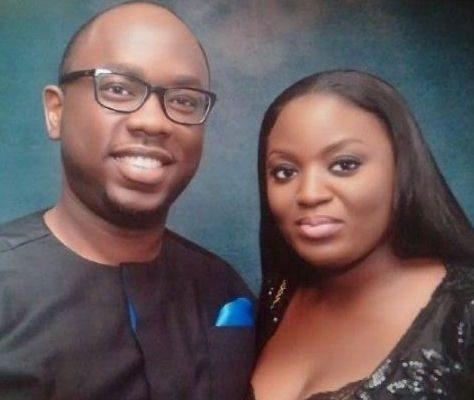 December 30, 2016 – Husband Of Woman Murdered By Cameroonian Cook Pens Emotional Tribute To Her

The soon to be hubby of lady murdered by her cook in Ikoyi Lagos last week has spoken.

Mr Toluwanimi Osinowo said he doesn’t know why his wife-to-be, Dayo Enioluwa Adeleke was brutally murdered by her cook.

Here is what he wrote on his FB page:

“Dayo, you were amazing. I loved you deeply. I miss you. I felt at home wherever you were. It didn’t matter where, as long as you were there, I felt at home – I was happy.

“I needed you so much that when we fought (usually my fault), everything paused. The Bible says a man must leave father and mother and cleave to his wife. We had done the leaving, but the cleaving was not to be.

“Baby, you were a better person than me – an answer to a specific prayer. Being with you made me a better man. You were truly a Proverbs 31 woman.

“A treasure found by an undeserving man. I told you that you were an angel from God to me, and I thank God for sending you into my life. You were the biggest earthly expression of God’s grace (His undeserved, unearned and unmerited favour) in my life.

“I don’t pretend to understand why this happened, but I trust that Our God, Our Yahweh Elohim, who rules in the affairs of men let this happen for His reason.

The deceased was laid to rest in Lagos yesterday.