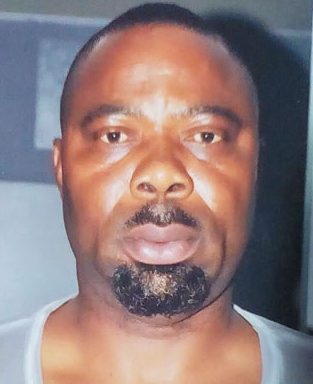 49-year-old Tochukwu Nwafor, an Anambra State indigene and father of five has been arrested by the NDLEA for ingesting 73 wraps of cocaine weighing 1.699kg.

According to the agency’s spokesperson, Mr. Mitchell Ofoyeju, the suspect was on his way to Dubai, when he was nabbed at the Nnamdi Azikiwe International Airport, Abuja during a routine check on the passengers of an Ethiopian Airline flight.

NDLEA commander at the airport, Mr. Hamisu Lawan, said that when the suspect was discovered to have ingested drugs, he was put on observation.

“While under observation, he excreted 73 wraps of cocaine that weighed 1.699kgs” Hamisu stated.

Nwafor said he was offered N1.5m to smuggle the drugs to Dubai.

According to his statement, he lives in Lagos with his wife and five children and got involved in the drug smuggling business because of economic hardship.

“I thought it would be easy to go undetected,” Nwafor said.

The NDLEA said Nwafor would soon be charged to court.