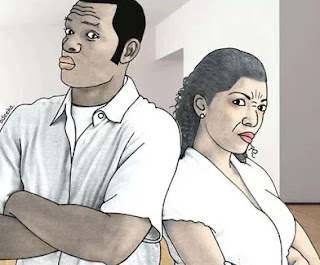 A woman identified as Bayonle Bamidele today told a customary court in Agodi Ibadan that she denied her husband, Adeyemi Bamidele sex for fear of contracting HIV.

The housewife said this in court this morning while defending herself in a divorce suit filed by her husband over her refusal to have sex with him.

She said her husband was a womaniser who always brought his female friends to their matrimonial home.

”I have warned him to stop promiscuity to avoid contracting HIV, but he didn’t listen to me. So, I denied him sex for fear of contracting HIV due to his carefree sexual attitude,” she said.

Bayonle urged the court to grant the request of her husband, saying she was not ready to give her body to a flirt.

The husband, a retiree, had approached the court for dissolution of his eight-year marriage with Bayonle on the ground that she denied him sex.

He also alleged that the defendant always beat him and threaten to kill him whenever he demanded for sex.

”My lord, I marry her to give me kids and satisfy my sexual urge, but the reverse was the case.

”The union of eight years is yet to produce a child, worst still, she deny me sex and beat me whenever I make move to sleep with her.

”She is a wicked woman, am tired of living with a wife that refused to give me sex,” he said.

The President of the Court, Chief Mukaila Balogun, dissolved the marriage and directed the plaintiff to pay N5, 000 to the defendant to pack her belongings from the plaintiff’s house.

He also warned the parties to restrain from trouble, but to go their separate ways.

Man Who Caught Fiancee In Onitsha Hotel Room With Another Man Months To Wedding Recounts Ordeal
Cheating Husband Gets Another Woman Pregnant, Blames Wife Of 11 Years For His Sins