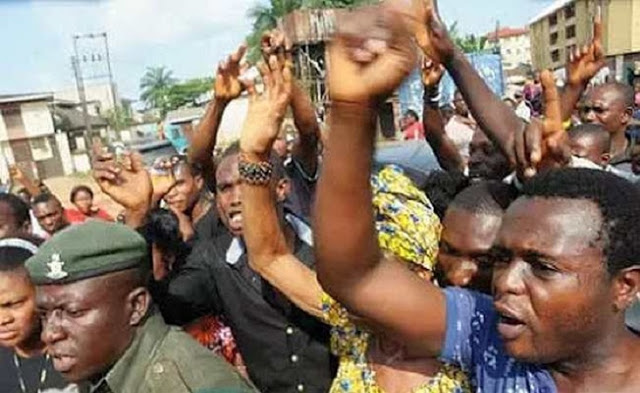 Igbo in Akure, the Ondo State capital, have reportedly shut down their businesses to protest the planned dethronement of their Eze- Ndigbo, Sir Gregory Iloehike.

Shops belonging to the Igbo were locked in all major markets in Akure; they also withdrew their services from the markets.

The Igbo, who converged on their secretariat at Gbogi Street as early as 7am, warned the Deji of Akure against dethroning the Eze Ndigbo.

They insisted that the traditional ruler has no power to dethrone Iloehike.

It was learnt that the Deji accused the Eze Ndigbo of insubordination and disrespect.

But Iloehike said he was not rude to the Deji, adding that he contributed immensely to the monarch’s installation.

He said:“The Deji called me at 8.48pm last Sunday inviting me to his palace and I honoured his invitation on Monday morning.

“I went with one of my chiefs but when I got to the palace, I saw youths numbering over 200 who started shouting as I entered.

“I suspected that they were mobilised by the monarch and I showed respect to him by prostrating.

“The monarch threatened to drive out the Igbo from Akure and when I asked why, the youth descended on me.

“They tore my beads and removed my crown. They attempted to beat me but the police officers at the palace rescued me.”

The Eze Ndigbo said the monarch’s invitation was the first since he ascended the throne.

Iloehike said the Igbo had been living harmoniously in Akure for over 70 years without any friction with the natives.

The Igbo urged the Deji-in council not to cause inter ethnic crisis in the state.

President-General, Ohaneze Ndigbo, High Chief Okechukwu Okorie, said the Igbo have resolved to live happily with other ethnic groups in the state.

He maintained that any attempt to dethrone the Eze Ndigbo, who is the Deputy National President, Ndi Eze’N’Association of Uzo Ije in Diaspora, would be resisted by the Igbo.

Okorie noted that Iloehike, who was installed in August 2011, has not committed any offence.

Okorie added that only the Igbo who elected Iloehike have the right to remove him.

The spokesman for the Deji-in-Council, the Asamo of Akureland, High Chief Rotimi Olusanya, could not be reached for comment.