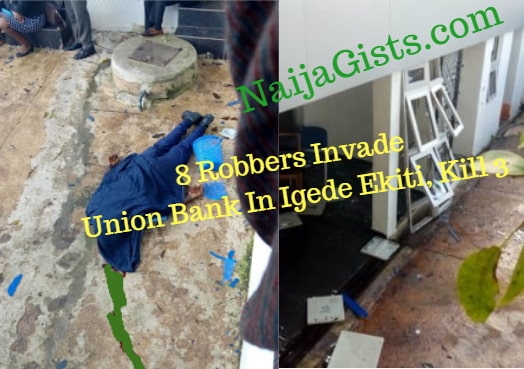 Residents of Igede Irepodun and Ifelodun LGA of Ekiti state are still in a state of shock after a bloody attack carried out on a Union bank branch in the area.

According to eyewitnesses, 8 robbers invaded the old generation bank located on Ilesa Ado Aromoko Expressway around 5:50pm on Wednesday.

The robbers who positioned themselves within and outside the bank premises killed 3 staff of the bank before blowing up the ATM. 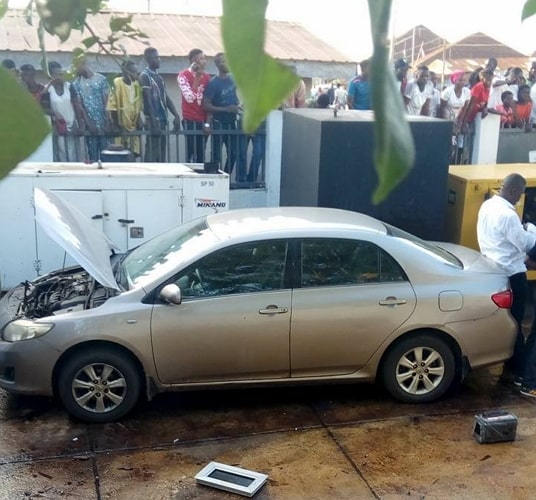 A newly married graduate was among the victims of this latest robbery attack.