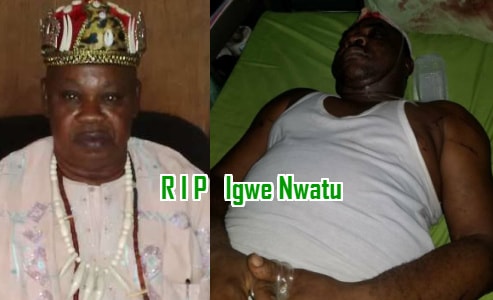 There was anarchy yesterday in Ogbosinne Autonomous Community in Nkanu West Local Government Area of Enugu State following the murder of its traditional ruler, Igwe Stephen Nwatu. Sources said that more than 20 houses were also torched during reprisals, while many residents have fled the community.

A detachment of antiriot policemen was sent to the community to maintain peace and prevent escalation of the crisis. Sources said the crisis started on Monday when the traditional ruler allegedly tried to prevent his subjects from attending a scheduled meeting with Governor Ifeanyi Ugwuanyi. He was reportedly mobbed by his subjects.

In the ensuing melee, Nwatu was alleged to have ordered his driver to overrun his subjects, who refused to yield to his orders to return home. The driver was said to have driven into the crowd with Igwe’s car, knocking down one elderly man and breaking his legs, while several others sustained different degrees of injury.

Incensed by the development, about 200 people allegedly descended on Nwatu and beat him to coma. 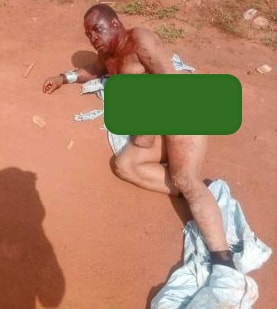 He was rushed to the Enugu State University Teaching Hospital (ESUTH), Park Lane, where he reportedly gave up the ghost early yesterday morning.

“I was informed about the incident on Monday afternoon and I rushed to the Park Lane Hospital where I met him unconscious. He was later revived and he spoke with me. So, I left the hospital to allow him to stabilise.

“Regrettably, about 1a.m., I received another call that the traditional ruler has passed on. I equally rushed back to the hospital where I found it to be true. We made efforts to deposit his body in the mortuary.

“Since Monday night police have been battling to ensure that there is peace. The burning of houses probably started after the police left the community and I have briefed the governor. As we speak, I am with the commissioner of police discussing the situation.”

“The command, through the operatives of the State Investigation and Intelligence Department (SCIID), has commenced a full scale investigation into the incident with a view to finding out the circumstances surrounding the incident as well as those involved among other things.”

The community has been in crisis which the government was trying to resolve before this incident. Sources said some members of the community had petitioned the state government over alleged high-handedness of the traditional ruler, even as they were said to be entangled in several court cases at the State and Federal High Courts.

Drug Addict Pours Hot Water On Mother In Minna, Says He Has No Regret
Corn Seller, Hawker Crushed To Death By Fuel Tanker In Bayelsa State..Photos