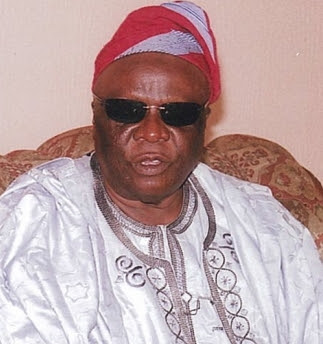 We gathered that, the thugs numbering about twenty were at the verge of launching a attack on the monarch before the prompt intervention of security men attached to Governor Rauf Aregbesola, who responded to a distress call of the royal father.

Before the arrival of the security men, it was gathered at the palace on Saturday that, one of the wives of the king, Olori Esther Olawale was manhandled and molested by the evil perpetrators.

It was, however, disclosed that the arrival of Governor Aregbesola’s security aides, saw the trouble makers vanishing into the thin air, but nemesis reportedly caught up with two of them, who were arrested by the police.

Eyewitness account said that, the hoodlums were allegedly working for a certain former senator, who was said to have been on war path with the monarch in the past few months over some political disagreements in the ruling All Progressives Congress (APC).

According to him, “the hoodlums launched their attack when “Oba Olawale, Lawal and a businessman, Alhaji Tijani Oladosu popularly called Tilad were holding a peace meeting…”

The hoodlums, also reportedly vandalised the house of a chieftain of APC in Ikirun, who is a commissioner in the Local Government Service Commission.