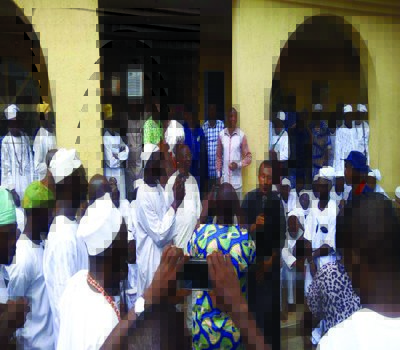 The slain family members lived at house 9; occupants of houses 10, 11 and 12 were said to have fled when the gang struck around 3am.

Those killed were David Ikehi, his wife, Priscilla and son Moses. The family’s four-year-old boy Sunday is battling for his life in hospital. Its two-year-old son is reportedly missing.

The killers were said to have smashed their victims’ heads with grinding stone, splashing their blood all over the place.

It was gathered that a resident, Baba Chukwuemeka, who escaped, raised the alarm around 4am.

He was said to have told neighbours that an intruder entered his home through the window, carrying a grinding stone.

It was gathered that Baba Chukwuemeka’s scream alerted others, who came out to secure their neighbourhood.

In the ensuing melee, it was gathered that a loud cry came from house 9, prompting the crowd to rush there.

Upon getting there, they found that it was the landlord who screamed, but the door to his apartment was fastened with a wire. They were said to have rallied round to rescue him and found the Ikehis while combing the house.

The residents contacted the Shagamu Road Police Division, which evacuated the bodies and took the injured to the hospital.

In anger they stormed the palace of the Ayangburen of Ikorodu, Oba Adewale Shotobi, to protest the incessant killings. 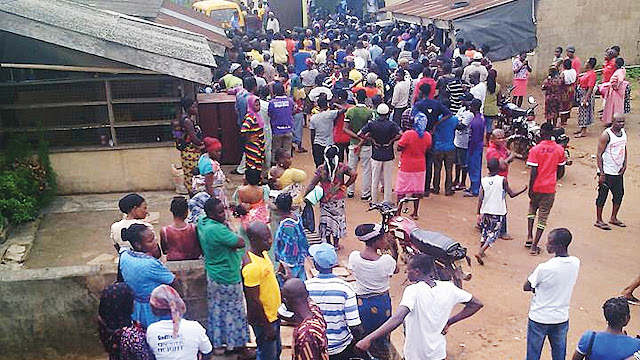 The residents took a swipe at the monarch, demanding his dethronement. They also demanded “thorough investigation” into the killings.