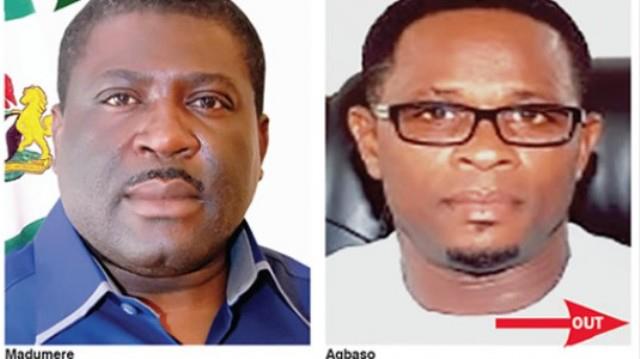 The deputy governor of Imo State Nigeria, Mr Jude Agbaso has been impeached.

Agbaso was sent packing after Imo State Assembly voted for his impeachment on Thursday March 28th, 2013.

After Governor Rochas Okorocha chose Mr. Agbaso as his running mate, Sahara Reporters had reported that Mr. Agbaso was a fugitive from justice in the United States where he was indicted for fraud. After his installation as deputy governor, Mr. Agbaso hired an attorney who arranged a deal to resolve his indictment. The terms of that resolution were not made public.

Davido Denies Lady In Bed Story: “I Never Met The Girl That Took My Picture”
Charly Boy: My Take On Oga At The Top Saga “We Have All Failed Nigeria”