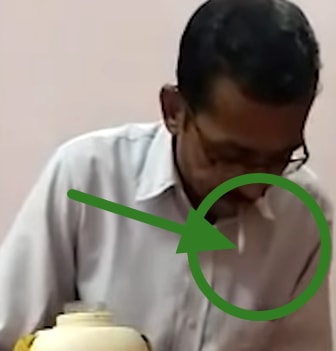 An Indian man identified as Vikas Gupta has lost his job days after he was caught on camera spitting into his female boss’s cup of water.

The office staff in Uttar Pradesh city of Aligarh was placed on surveillance after his attitude towards fellow office staff suddenly changed.

On the 22nd of May 2018, unsuspecting Gupta entered a room to get water for his boss, a judicial officer.

Within 10 seconds of entering the room, he was caught on cam spitting into his boss cup of water before walking away.

The grim act has cost him his job as he has been placed under suspension.