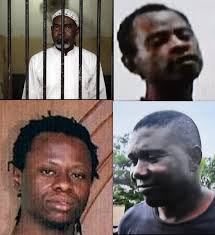 Relatives and friends of 21 Igbo drug dealers in Indonesia who have been condemned to death, have marched to the Indonesia Embassy in Lagos to protest the death of the condemned Nigerians.

According to them, about 2008 Igbos have been killed so far in Indonesia and 21 are about to be executed too. They urged the Federal Government to intervene urgently to save the lives of their loved ones, adding that any delay to act could be dangerous.

Just confirmed, the Next batch of Igbo people to be executed by firing squad in Indonesia soon:

Apart from the ones on death row, about 2008 IgboS (excluding the ones killed recently) are said to have been executed in Indonesia since IgboS started the DRUG trade there decades ago.

A death row filipino lady, Mary Jane Veloso whose case is causing international outcry was said to be a mule used by Igbo people, Donna Uche and Samuel EzeKalu. 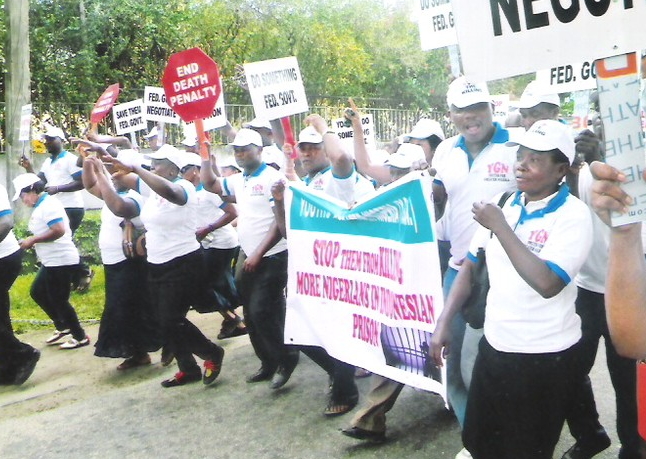 According to Thai, Vietnam, Cambodian, Chinese, Malaysian, Indonesian police, Igbo people bearing Nigerian passports are a major source of drug trafficking in Asia and are now using local girls as mules to ferry drugs abroad. Nigerian passport holders are the subject of serious scrutiny and abuse by Asian police as a result of Igbo drug dealers and human traffickers. Igbo people are apparently single handedly making it impossible for Nigerians to holiday, travel freely and conduct business due to Igbo activities.