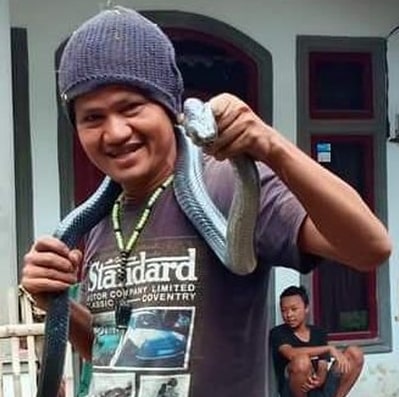 An Indonesian man has died for caring for what he loves most.

42-year-old Jana Waga, a resident of Citiru Village in Kutawaringin Distict of Bandung Regency in Indonesia has died.

He died after his pet python strangled him during bath.

He is believed to have been bathing his favorite python when it wrapped itself around him, killing him last Friday morning.

According to his wife, Elah, it was their child who discovered Jana’s lifeless body behind their house that morning. In accordance with Islamic tradition, his body was buried soon after on Friday afternoon.

Elah told reporters that Jana has long raised reptiles as a hobby and often sold snakes to others.

“I have resigned myself to the fact that my husband died because of a snake, it was fate,” Elah said as quoted by Tribun.

The 17-kilogram python reportedly escaped down a water channel around the toilet behind Jana’s house after killing its owner, but it was eventually captured and killed to prevent it from attacking any other humans. 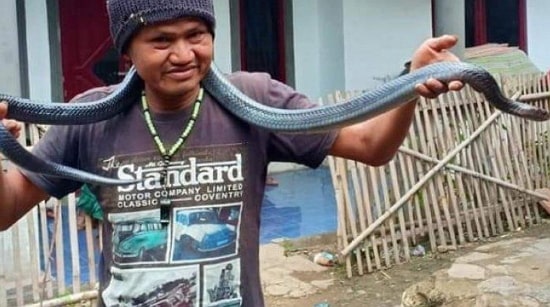 Rukiman, the head of the local neighborhood association in Jana’s village, said the snake was laid to rest next to its victim/owner.

“The snake that killed him was also buried close to Pak Jana’s tomb,” Rukiman said.