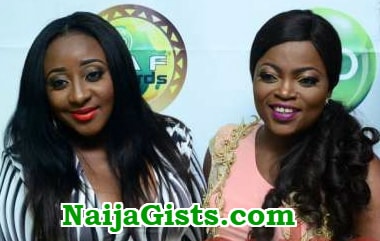 Nollywood actress Iniobong Edo has defeated colleagues like Linda Ejiofor, Amanda Ebeye, Chika Ike and others to win the prestigious title of “Best Actress” for her role in While You Slept, a movie she co-produced with Emem Isong.

The  organizers of  the Zulu African Film Academy Awards,ZAFAA, over the week announced Ini Edo as the winner two years after they short-listed nominees for the award.

Other winners at the just concluded event include Frederick Leonard, Best Actor for his role in Woeman, Daniel K Daniel (Best Supporting Actor).