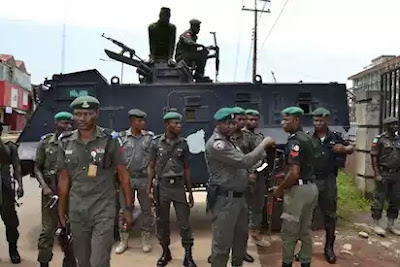 The attackers reportedly struck around 12pm, killed 3 men and a woman. They also left several others injured.

According to eyewitnesses, the assailants also threw IED into their mosque but a man was brave enough to throw the bomb in the river before it could explode.

Residents of the area said the invasion left them sleepless through the night.