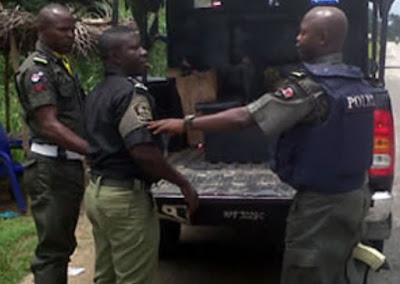 Zamfara Police Command  today said it had rescued three police officers of the command abducted by unidentified gunmen from their station in Tsafe Local Government Area of the state.

The State’s Police Commissioner, Alhaji Shaba Alkali confirmed that the officers had been rescue by the police in Gusau on Saturday.

NAN recalls that unidentified gunmen had on Sept. 4, attacked the police outpost in Keta village in Tsafe Local Government Area and abducted the three police officers.

The officers are: ASP Ahmad Shehu, the station’s officer in charge of the outpost, Sgt. Safiyanu Bara’u and Cpl. Musa Balarabe.

Shaba said the officers were in good health, except Balarabe, who was wounded as a result of a gunshot, adding that he was receiving medical treatment.