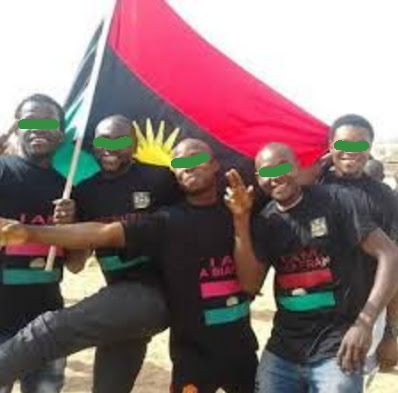 The DSS has accused the Indigenous Peoples of Biafra of masterminding the abduction and killing of five Hausa-Fulani men in Abia state.

The men, tricycle operators were kidnapped in Isuikwuato LGA Abia State and were subsequently murdered and buried in shallow graves in Umuanyi forest in the state.

“The abducted men were later discovered at the Umuanyi forest, Abia State, where they were suspected to have been killed by their abductors and buried in shallow graves, amidst fifty (50) other shallow graves of unidentified persons.

“Arrest and investigation conducted so far, revealed that elements within the IPOB, carried out this dastardly action. It is pertinent therefore to alert the general public that IPOB, is gradually showing its true divisive colour and objectives, while steadily embarking on gruesome actions in a bid to ignite ethnic terrorism and mistrust amongst non-indigenes in the South-East region and other parts of the country.

Following this act, tension is currently rife among communal stakeholders in the State with possibilities of spill over to other parts of country.

“Against the foregoing, the Service will not hesitate to act decisively within its statutory mandate to ensure that the sponsors and perpetrators of this action are apprehended and prosecuted for their crime.

“Accordingly, law-abiding citizens are enjoined to go about their civil duties and businesses freely, as efforts are being intensified by security agencies to maintain law and order in the State and across the Federation.”

IPOB is in the vanguard of the renewed agitation for the emergence of Biafra.

The leader of the pro-Biafra group, Mazi Nnamdi Kano is currently at Kuje prisons in Abuja for treason.