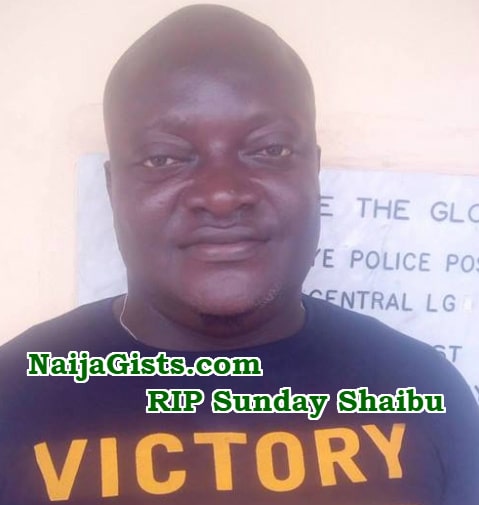 A gallant officer of the IRT (IGP Intelligence Response Team) who was shot dead by some suspected kidnappers during an anti-kidnapping operation in Plateau state last week is set for burial.

Sergeant Sunday Shaibu was killed as his team engaged a dreaded kidnap gang in a gun battle on Thursday the 21st of March 2019 in Plateau state.

Several of the kidnappers were reportedly arrested. 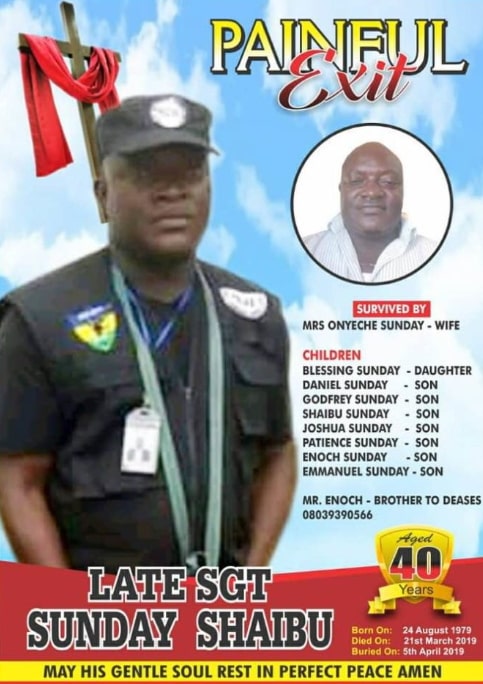 Late Shuaibu will be buried next week Friday the 5th of April 2019.