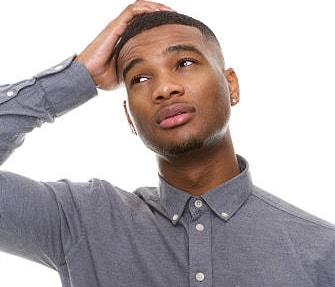 I met a young lady on Twitter about seven months ago. An issue was trending on twitter back then and we had opposing opinions, we kept attacking each other to the point that she insulted me and called me a novice.

I finally entered her DM with the aim of advising her…but she was waiting with an apology which I accepted and we became pals.

After thirty days of chatting non stop we decided to meet! She lives in Port Harcourt while I’m based in Lagos, she arranged my flight, booked my hotel, without asking for money. She told me to give her when we see. I was touched.

So I met Dara, 29, she is not drop dead gorgeous, not beautiful by the standard of many but the most unusually beautiful girl I have seen. Chatty, funny and charming.

She took me to the hotel and long story short, we had sex. She didn’t spend the night with me but returned the next day to see me.

I returned to Lagos with nothing in my heart but the accomplishment of ‘catching’ another girl. I told my friends everything about her, and they laughed at how easily I laid her.

I stopped chatting with her, avoided her calls for two weeks until I realized I was hooked, not infatuation, not the sex, I was in love. I talked to my friends and they thought I was a fool. They called her ‘cheap’ ‘slut’ and all that, they said she’d sleep with everyone like that.

The thing is I don’t think Dara is like that, I think I seduced her and gave her no room to really resist. I called her and apologized for being MIA. We’ve been good since then, but my greatest regret is talking to my friends about her.

They don’t treat her well, they are convinced she is bad. “No one marries the girl they slept with on the first date” they keep telling me.

I love her, I want to marry her, she has given me no cause to worry… I want to believe my friends are wrong on this! Is there a guy here who married a lady he slept with on the first date? Am I safe? I haven’t proposed but I know I want to marry her…

Does Marriage Have An Exit Door? Is Divorce Really The End OF Marriage As Most People Believe?
Man Praises Wife Who Saved Him From Landlord’s Humiliation With Her N147K Saving In A Box