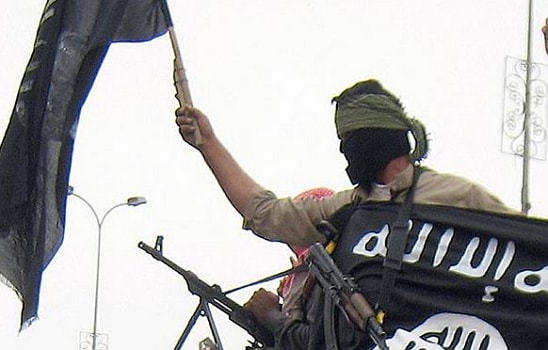 The most dreaded terror group in the world, the Islamic State of Iraq and Syria, has claimed responsibility for the attack on soldiers in Borno State last week which took the lives of 11 soldiers, Reuters reports.

ISIS said its men were responsible for the Friday attack of Gajiganna town through its news agency AMAQ.

The terrorist network on Saturday published pictures of burnt barracks and dead bodies it claimed belonged to the soldiers.

Three sources, including one hospital source, confirmed the attack to the Reuters news agency. The sources said the fighters stormed the town on a motorbike at roughly 6.30pm and opened fire on residents and the military in sporadic shootings.

The fighters fled after the military called in air force support and reinforcements from a battalion in a neighbouring town.

Islamic State West Africa Province, an affiliate of ISIS, has carried out a string of attacks in Nigeria in recent months.

The group split in 2016 from Boko Haram, which has waged a decade-long insurgency in North-East Nigeria that has killed some 30,000 people and displaced over two million people.

The Federal Government had declared in December 2015 that it had technically defeated Boko Haram.

While attacks in most parts of the country have ceased, bombings have continued to take place in the North-East particularly Borno State.

A top military officer blamed the recent surge in attacks to the lack of cooperation as well as high wired politics taking place among the top military brass.

The source said, “The attack is true. We lost a lot of men but unfortunately many things are being hidden from the press. Normally, in military operations, when there is a joint mission, the Chief of Defence Staff is supposed to be in charge.

“Unfortunately, that is not the case. The Chief of Army Staff is the one calling all the shots at the moment. And there is a lack of synergy among the services.”

When contacted on the telephone, the Director of Defence Information, Col. Onyeama Nwachukwu, declined comment, said the military had recorded several successes.

He said troops of 121 and 192 Battalions of Operation Lafiya in collaboration with Civilian JTF and local vigilantes, have cleared Surdewalla, Ranwa, Baladayo, Sabon Gari and Shetimeri villages in Borno State, in a simultaneous operation code-named, ‘Operation Hardstrike.’

The troops reportedly killed three terrorists at Ranwa 11, while many were wounded and others escaped.

He said troops of 192 Battalion advanced along Sabon Gari and Shetimeri villages where they cleared a scout of Boko Haram terrorists. A makeshift shelter for suspected insurgents was also destroyed.

Nwachukwu added that two soldiers were injured during an encounter with insurgents at Gajigana town by troops of 212 Tank Battalion.

He said, “Additionally, 177 Task Force Battalion in collaboration with the Civilian JTF cleared Mboa, Mboa-Kura, Yarchida, Bombula, Tshata andBamzir villages. At Furfur village, troops exchanged fire with BHTs which led to the death of one terrorist and recovery of one AK47 rifle, three magazines, 50 rounds of 7.62mm special ammunition and one magazine bandolier.”