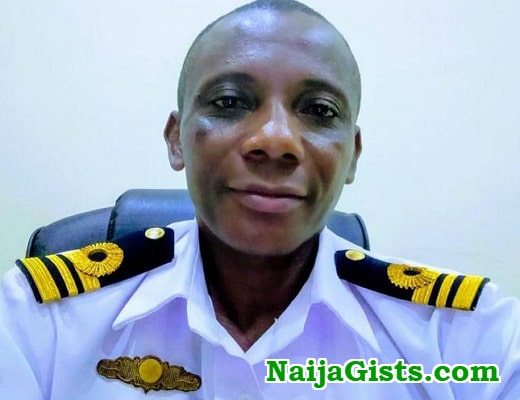 An officer of the Nigerian Navy from Rivers state who was undergoing training at the Armed Forces Command and Staff College in Jaji Kaduna has been murdered.

Lieutenant Commander Solomon Derikoma was reportedly stoned to death in his apartment in Kaduna yesterday Sunday the 12th of May 2019.

According to report, when he didn’t show up for a study tour with his colleagues yesterday, they went to his apartment to check on him.

Sadly, he was found in the pool of his own blood with a big stone allegedly used to murder him placed besides him.

His body has been moved to the mortuary.

Here is how his friend reported the news on Facebook yesterday.