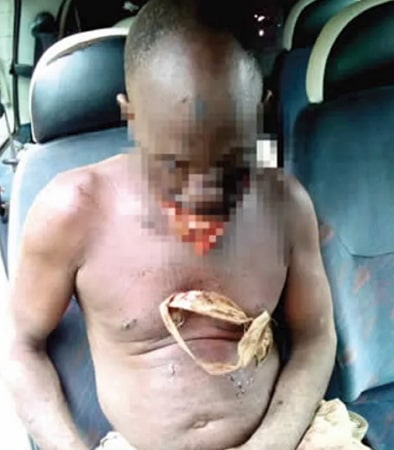 A senior magistrate in Nasarawa state has been disfigured by some gunmen who kidnapped him on the 6th of May 2019.

Mr Adamu Kuvo who was abducted in his house in the Agwada Kokona LGA of Nasarawa state was stabbed in the eyes, slashed in the face with part of his lips cut off for paying N400,000 out of the five million naira ransom they demanded.

According to Northern City News, Kuvo was found on a farm along Agwada Road on Saturday by farmers.

A brother to the victim, Mr Abdullahi Osu-Ibaku, said Kuvo was sleeping in his bedroom when the kidnappers invaded his house at Akpwu village around 12am and took him away.

According to him, someone informed him on Saturday that his brother had been found and brought to the Federal Medical Centre, Keffi.

“The kidnappers had demanded N5m ransom and we negotiated with them but they insisted on the amount. We offered N150,000, but they refused to accept it.

“We later increased it to N200,000 and they asked me to bring the money to Udege pegi along Akpwu village.

“After receiving it, they asked me to come the next day when they said my brother would be released. But the following day, I did not see him until on Saturday when someone told me that he had been taken to FMC Keffi by policemen at Agwada police outpost.”