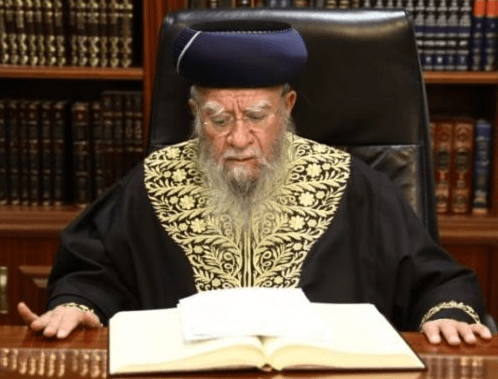 Israeli Rabbi Of Peace Dies Of Coronavirus In Jerusalem

Former chief rabbi of Israel, Eliahou Bakshi-Doron, who was known for promoting peace through interfaith dialogue has died.

The 79-year-old died Sunday of COVID-19 at the Shaare Tzedek hospital in Jerusalem.

He met Pope John Paul II in 2000 during the pontiff’s visit to Israel, sparking criticism from some ultra-Orthodox rabbis.

An advocate of interfaith dialogue, he increased engagement with Muslim and Christian leaders.

His reputation was, however, somewhat tarnished when he was handed a one-year suspended prison sentence for corruption and breach of trust in 2017.

The rabbi was hospitalised some days ago but suffered from pre-existing conditions that led to his condition deteriorating, the hospital said in a statement.(AFP)