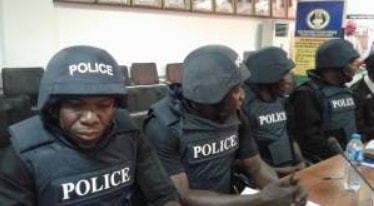 The Police in Jigawa have embarked on raiding of hard drug dealers and other criminals’ hideouts to check criminal behaviours and drug abuse in the state.

Superintendent of Police, Abdu Jinjiri, the Police Spokesman in the state, made the disclosure to the NAN in Dutse on Sunday.

Jinjiri said the action was in compliance with the directive of the state’s Commissioner of Police, Mr Bala Zama.

He told NAN that Zama had ordered officers and men of the command to constantly come down on drug peddlers, drug abusers and other criminals in the state.

‘‘The CP Jigawa state, Mr Bala Zama, directed the Special Anti-Robbery Squad of the command to continually raid all black spots and criminal hideouts within and outside the state capital, with a view to making the state hot for criminals.

‘‘And among the targeted criminals are hard drugs dealers. So it is just to improve security in the state,’’ Jinjiri said.

The spokesman, who declared that the command would not condone criminality tendencies, warned that criminals and other evil doers who failed to repent would face the wrath of the law.

According to him, the command would not spare undesirable elements that refuse to change for better and live a peaceful life in the state.

Continue Reading
You may also like...
Related Topics:jigawa drug bust