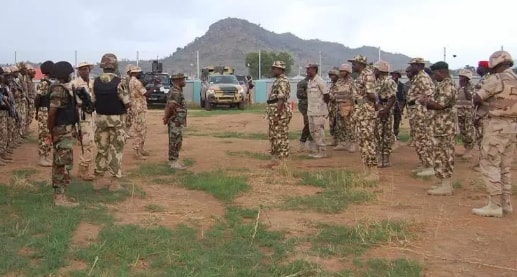 About 3 days after IGP visited Birnin Gwari local government area of Kaduna, suspected bandits have invaded a community in the area, killing 45 persons, including women and children.

Governor Nasir Ahmad El-Rufai, while condemning the attack said, he has gotten the Federal Government’s nod for establishment of a permanent Army battalion in Birnin-Gwari.

The IGP had during his last Wednesday visit ordered immediate deployment of additional 200 police personnel to the area.

Members of the Birnin-Gwari Vanguard for Security and Good Governance who pleaded anonymity said the gunmen came in from the neighbouring Zamfara state.

“27 people have been killed. Most of them are even women and children.

“We would continue to appeal to the authorities to take urgent steps to forestall further attacks and extinction of communities in Birnin Gwari local government area,” the source said.

The source added that many people were still missing and that arrangements were being made to evacuate those who sustained injuries during the attack.