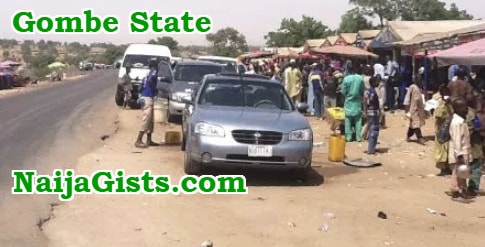 The FRSC today confirmed that one person was killed and 27 others injured in an auto crash in Jos.

Mr Andrew Bala, the Public Education Officer, FRSC in Plateau, who confirmed this to the NAN in Jos attributed the accident to speeding.

“The accident occurred around the Living Faith Church, Bukuru, located in Zarmaganda, along Bukuru expressway, Jos South, at about 11a.m.

“The driver of the 18-seater bus died instantly, while 27 others sustained various degrees of injuries.

“Looking at the impact, I think speeding by both vehicles caused the accident,” he alleged.

Bala said those injured were currently receiving treatment at the Plateau specialist hospital.

He advised motorists to desist from speeding, particularly during downpour.

Bala also urged the motorists to always obey traffic rules and regulations and ensure use good tyres on their vehicles.

Continue Reading
You may also like...
Related Topics:accident, gombe