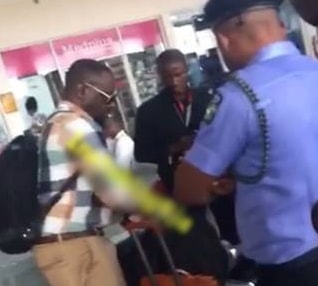 Although he has since regained his freedom, Nollywood bad boy Jim Iyke displayed his bad boy character today at the departure section of the domestic wing of Lagos Airport in Ikeja.

The actor caused a mild scene at the airport this morning after he allegedly slapped a security man at the airport when he was told he had missed his flight.

Apparently irritated by the news, the actor broke the protocol and attempted to rush to the airport boarding station without proper check, when he was restricted by the airport security staff, the actor gave him what witnesses called a “dirty slap” that landed the security man on the ground.

The airport security guard immediately alerted the management who called police to whisk the irate actor away.

He was placed in handcuff before being whisked away.

Jim Iyke has since regained his freedom.

This is not the first time the actor will be arrested. In 2011, he landed behind bars for fraud. 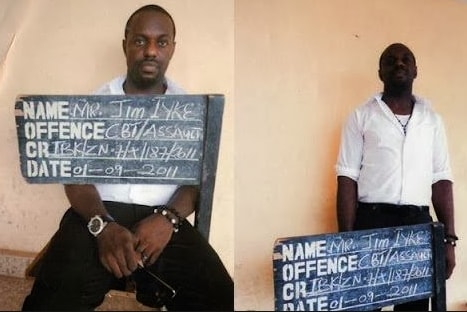