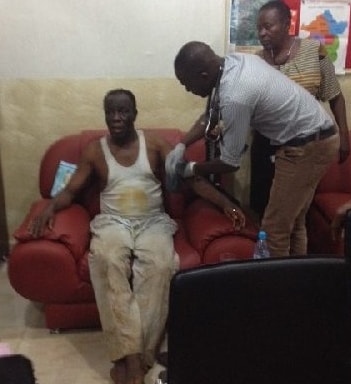 The officials of Enugu State Police command have rescued the father of Super Eagles Captain Mikel Obi days after he was kidnapped alongside his driver.

The victim who was abducted by some gunmen on his way back to Enugu from Jos on Friday the 29th of June 2018 regained his freedom today when brave policemen invaded the den of his kidnappers.

In a statement released by Enugu Police Command this afternoon, Pa Michael Obi was rescued around 2:30pm today in Egede Udi Forest along Egede Affa Road in Enugu state.

Police however didn’t specify if any ransom was paid to free Pa Obi and his driver as his abductors had earlier contacted Mikel Obi’s family to demand for 10million naira ransom.

This is not the first time Pa Obi will be kidnapped.

He spent 10 days in the den of some kidnappers last year August before his family came to his rescue.