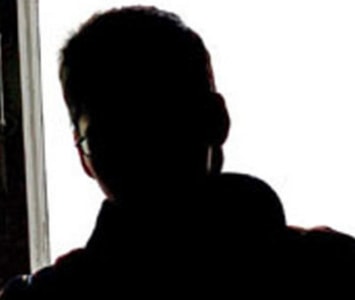 Osun School Dropout Who Attempted Suicide At Lekki Toll Gate After Finding It Difficult To Survive In Lagos Confesses, Says Poverty Has Made His Life Meaningless

A Young man identified as  Owolabi Ogunwande, was yesterday brought before an Igbosere Magistrates Court for allegedly attempting to hang himself.

He also committed the same offence at about 11:30am on July 2, in a cell at Maroko Police Station, Lekki Phase 1, Lagos.

He was said to have tried to hang himself in the neck with a rope.

According to Osuji, the offences contravened Section 235 of the Criminal Law of Lagos State, 2015.

Magistrate Lambo adjourned till today to hear the facts of the case and for sentencing.

A police source told The Nation that Ogunwande, from Osun State, dropped out at Junior Secondary School (JSS) 3 and worked as a wood loader for seven years before coming to Lagos on March 5.

He allegedly attempted suicide after finding it difficult to survive in Lagos, but he was rescued by a Man O’ war official simply identified as Omotayo.

The source quoted Ogunwande as saying: “When I couldn’t get a job in Lagos, I decided to go back home to Osun State, but I had no money on me, and there was also no food, for me to eat, so that was how I decided to take my life”.

“I want to kill myself as there is nothing to show for being alive, life has no more meaning to me again.”