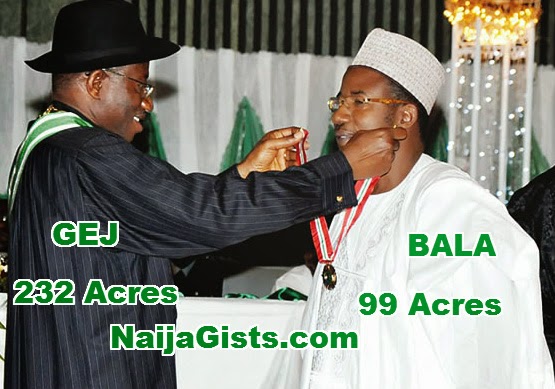 It is apparently part of politics to defend the indefensible. Otherwise it seems incomprehensible that anyone, let alone a political party that claims to have set norms and standards for Nigeria, will attempt to defend Dr Jonathan’s Abuja land deal under some constructive corollary of constitutional approbation. The facts of the case are as follows. 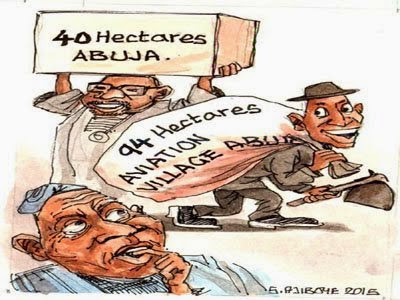 In 2011, in his second year in office, Dr Jonathan incorporated Ebele Integrated Farms Limited, with him as major shareholder. Sometime between that 2011 and 2013, the president applied for land in Abuja for farming purposes. He did not think it indiscrete. Then, in January 2014, he was granted a huge 94 hectare plot in, of all places, Abuja’s Aviation Village, a bad enough distortion as any.

When the opposition APC brought the matter to light some two weeks ago, the president’s campaign organisation rested its argument and justification on two main grounds, to wit, that when former president Olusegun Obasanjo was in office, he also applied for an even bigger plot of land and was granted; and that second, the constitution permits a sitting president, like any other government official, to do the business of farming. No other kind of business was permitted.

This perhaps explains why, according to the APC, the Minister of the Federal Capital City (FCT), Bala Mohammed, incorporated a farming business, Bird Trust Agro-Allied Limited, in 2012, applied for land in Abuja over which he is minister, and was granted about 40 hectare plot by his ministry in April 2014 in the same choice Aviation Village. 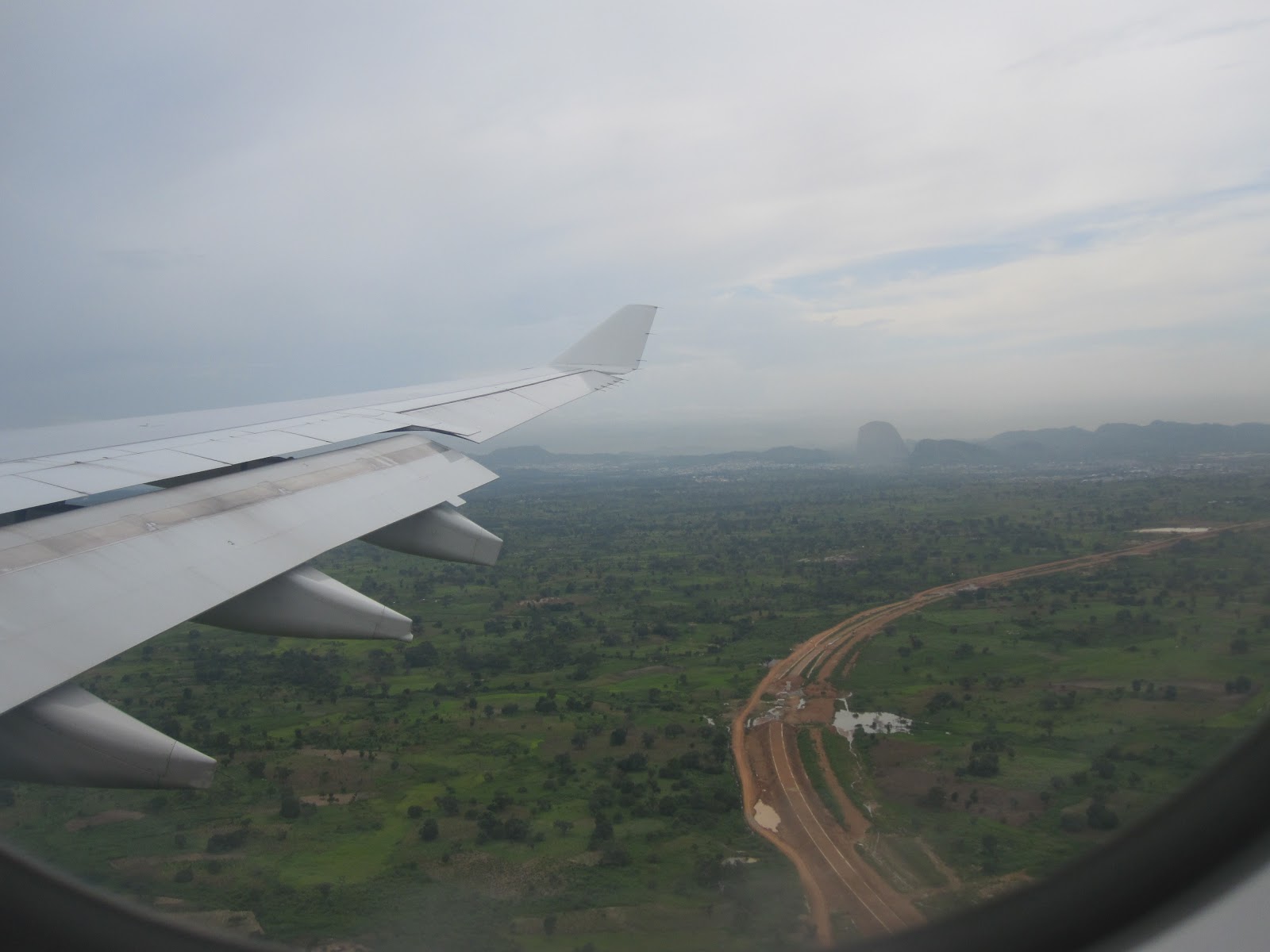 It is inconceivable that both the president and the FCT minister do not consider what they have done as corrupt. Of course, had the president not set the tone, there is no way Mallam Mohammed would have imitated him. But let us examine the arguments of the president and his campaign organisation. As the

APC and many commentators have argued, it is not clear how Dr Jonathan and his supporters think his land grab was excusable simply because Chief Obasanjo committed the same indiscretion. It is a lousy, childish and senseless argument to make. Two wrongs do not make a right. Second, does the constitution really sanction farming for a sitting president? Yes, it does, but it is also clear that (a) it assumes that the president was already doing the business before he assumed office, and (b) he was of course not expected to begin to use state resources, state power, and presidential influence to run that business because it would inevitably lead to a conflict of interest.

Third, and significantly, it is a bad law, one probably inspired by Chief Obasanjo himself when he was military head of state, and which the military, also inspiring our various constitutions, incongruously retained in every constitution they midwifed. The president should not be involved in any business, and every business he had before assuming office must be put in blind trust in order to avoid conflict of interest. It is certain the constitution, notwithstanding its drawbacks, expected nobility from those elected into office. Since Chief Obasanjo, Nigerian leaders have unfortunately fallen disastrously short of the standard of morality the spirit of the constitution, rather than the letter, naively presumed on their good sense.

There is no way Dr Jonathan can claim the high ground in this seedy transaction. Apart from the fact that he is naturally and personally lacking in noble deeds, and his life and politics not based on any philosophical principle or conviction, he appears bereft of an understanding of the history of the country he so undeservedly presides over. Does he remember that some First Republic leaders like Obafemi Awolowo and Ahmadu Bello established or prepared the framework for universities without citing them in their own towns? Chief Awolowo conceived the then University of Ife to be established, not in his Remo Division of present Ogun State, but in Ile-Ife. Nor did Ladoke Akintola, whose government announced the establishment of the university in 1960 put it in his native Ogbomosho.

And the Sardauna, Sir Ahmadu Bello, planted the Ahmadu Bello University not in Rabah, Sokoto Province, but in Zaria. Examine these facts against the unflattering fact that when Dr Jonathan would put a university in his state, he invariably put it in his small town of Otuoke in Bayelsa.

All of Dr Jonathan and his campaign organisation’s excuses are disingenuous. Applying for land under his own government was immoral and indefensible, and getting that land in Aviation Village is a bad and horrendous distortion of what that piece of territory is, from its name, reserved for. African leaders, it is said, lack discipline and moral compass to take their nations to great heights. Nigerian leaders are probably even much worse, and Dr Jonathan a far more ignoble example.

[By Idowu Akinlotan, The Nation]