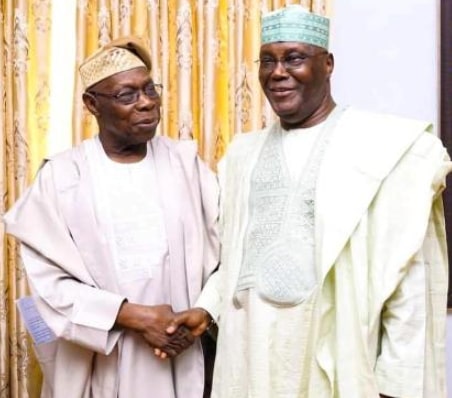 At the meeting, former President Obasanjo was reported to have said that “in the presence of these distinguished leaders of goodwill today, let me say it openly that we have reviewed what went wrong on the side of Atiku… As I have repeatedly said, it is not so much what you did against me that was the issue but what you did against the party, the government and the country.”

While it may be discretion and prerogative of only the members of the PDP to ask what their presidential candidate did to their party, all Nigerians are certainly and must know, what Alhaji Atiku Abubakar did against the “government and country.” No “distinguished leaders of goodwill no matter how highly placed have the prerogative to exclusively gather and listen to “what was done “against the government and country,” and then sweep it under the carpet and ask Nigerians to move on, and even ask Nigerians to return such a man at the center of the murky past to a position of the highest authority in the land, without the knowledge of the truth of what actually happened.

It is not enough as former President Obasanjo was reported to have said that “from what transpired in the last couple of hours or so, you have shown remorse, you have asked for forgiveness and you have indicated that you have learnt some lessons and you will mend fences and make amends as necessary and as desirable.”

While Messrs Obasanjo and Atiku have rights to bury the ancient hatchets that ached them for too long, what was done wrong “against the government and country,” cannot be forgotten or ignored just from “what transpired in the last couple hour or so according to the former president. 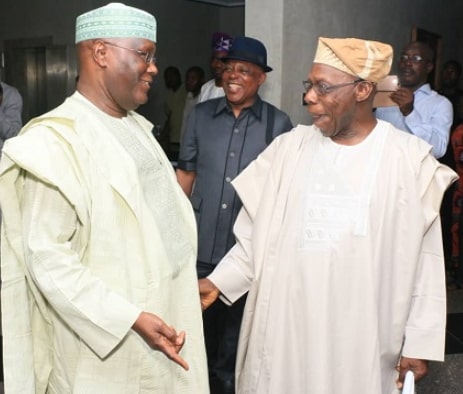 With Obasanjo recent outburst that God will not forgive him, if he supports Atiku Abubakar’s presidential ambition, given what he knows about his erstwhile deputy, nothing short of full disclosure is necessary.

Even the former governor of Anambra State and now vice presidential candidate of the PDP, should worry about his principal’s commitment to continue former President Obasanjo’s legacy, because the legacy include de-registration of his own deputy from the ruling party, viciously persecuting him and mocking him publicly as unfit for high public office.

No amount of white-wash and political pilgrimages can sweep away, the stench of the unanswered and burning question of what was done “against the government and country,”. Except the duo of Obasanjo and Atiku takes the immediate steps of clarifying that, the show of reconciliation would be a mere charade and desperate conspiracy to further take down the country to the path of perdition. When that is is done, it will be easy to interrogate him on aspects of Obasanjo legacy he wishes to perpetuate whether it was the illegal and desperate quest for a third time, massive asset-stripping of the country enforced through bungled privatization programmes, the notorious waste of $16 billion of public funds in the excessively over-bundled power sector, that made returns only in more darkness.

Why the ordinarily cerebral former Vice President Atiku wants to stand on such controversial legacy of our just recent past is best known to him and his handlers except that they appear to be betting on the famed amnesia of Nigerians.

About the author: Charles Onunaiju writes from Abuja.

Continue Reading
You may also like...
Related Topics:Atiku, obasanjo, reconciliation