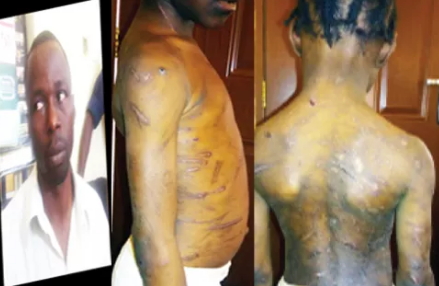 Plateau based Pastor Christopher Sule who was arrested few days ago for allegedly torturing his daughters has asked for forgiveness.

The 40-year-old who hails from Wamba LGA of Nasarawa is still in police custody for allegedly torturing his 6 and 8 year old daughters due to their inability to recite what they were taught in school and for stealing meat from the pot. 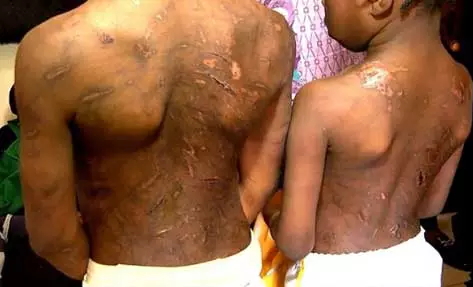 His wife, 35-year-old Rachael Christopher who had also received a share of the treatment for coming to the rescue of her daughters recounted her ordeal.

“For the past three years, we have been in bondage and under the yoke of maltreatment by my husband who under slight provocation would descend on me and the children and beat us to pulp.

I had reported the issue to my family but my husband would always ask for forgiveness with a promise not to do so again,”.

“My husband was arrested and taken to the local government secretariat; although he had been beating them the last one was so terrible that I had to struggle with him to rescue the children. But I got the beating of my life in the process.

The beating has become so rampant that the people in the neighbourhood no longer intervene,”

“It is like my husband is under a spell or spiritual attack. After my husband carried out this evil act, he always came back, pleading and telling me to pray for him because he did not know what came upon him. We have fasted and prayed together over this issue.”

The suspect who couldn’t justify his action confessed that a force often compel him to beat his daughters more than the offence they committed.

“I don’t know what really came upon me; although I had been beating them that way for the past three years I always regretted my action.

By nature I am temperamental and also have excessive anger, but I need deliverance”

Pastor Sule who couldn’t stop crying pleaded for mercy, promising to love his children if he regains freedom. 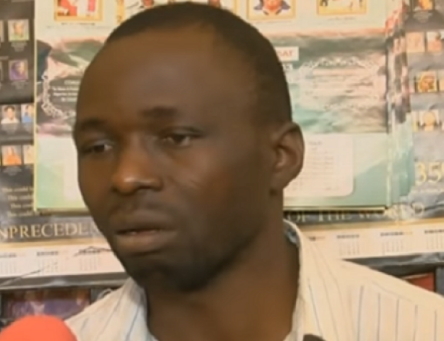 The children are currently in the custody of Pleateau State Child right Protection Network .