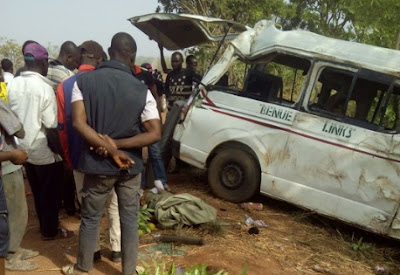 Two members of the National Youth Service Corps (NYSC) and a policeman yesterday lost their lives in an auto crash involving an 18-seater bus along the Benue-Taraba Expressway in the Gboko area of Benue State.

The road mishap occurred just as Governor Samuel Ortom yesterday assured youth corps members posted to the state of adequate security. Saturday Telegraph gathered that the youth corps members who were in Batch ‘B’ Stream II, were returning to their homes after spending the 21 days orientation camp in Taraba State.

Other passengers sustained varying degrees of injuries when the Benue Links bus which was conveying mostly youth corps members crashed.

It was learnt that one of the victims simply identified as Becky was a member of the Number 9 Platoon of the 2016 Batch ‘B’ Stream 2 Taraba State.

Those who were wounded were rushed to General Hospital and NKST Rehabilitation Hospital in Gboko for treatment. 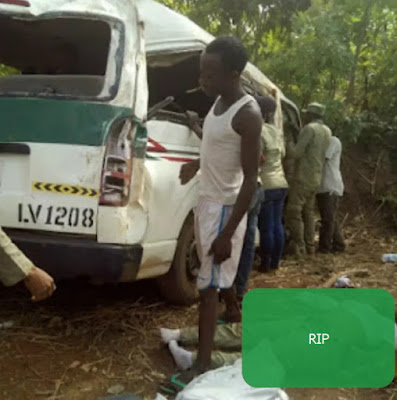 The Gboko Unit Commander of the FRSC, Yunusa Faggae, who confirmed the incident, said the tragedy occurred at 3:30pm, while the deceased had been deposited in the morgue.