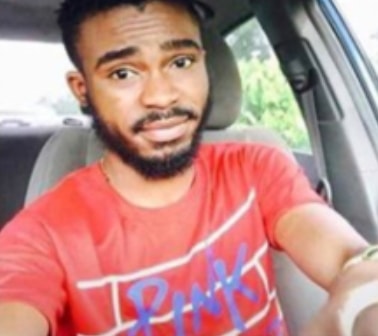 Jungle Justice: Yahoo Boy Killed By Mob In Ede Osun State After Crushing 5 To Death While Driving Under Influence Of Drug

A final year student of the Federal Polytechnic of Ede in Osun state has died following a jungle justice attack carried out by a angry mob in the town today.

The Building Technology Final Year student reportedly crushed a pedestrian to death while he was being chased for reckless driving.

He later hit another person before ramming his car into a motorcyclist and his passengers, killing everyone on the spot. 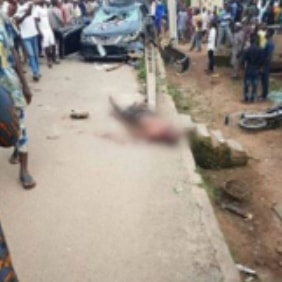 The deceased identified as Fisayo escaped from the scene of the last fatal incident to a friend’s place where he was tracked down and beaten to death.

His car was also destroyed by the angry mob as his friends fled from the scene of the jungle justice.

According to social media sources, Fisayo wrote his final exam this past week.