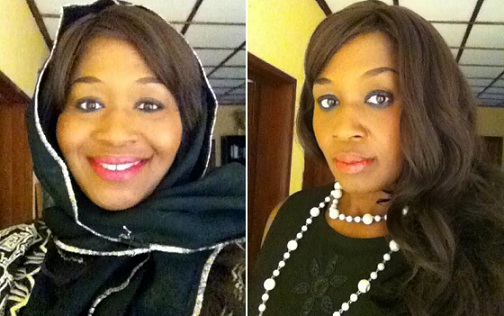 June 4th, 2013 – Kemi Omololu Olunloyo Dares The Nigerian National Assembly Over Same Sex Law “Arrest Me If You Can”

It seems the daughter of ex-Oyo State Governor Olunloyo, Kemi is not happy with the recently passed gay law in Nigeria.

Just this last week, the senate approved 14 years imprisonment for anyone caught in homosexuality.

Hear what Kemi said about the Nigerian National Assembly;

I am at WAR with the Nigerian National Assembly! I DARE them to order my arrest for Educating Gays with their clueless law. I want everyone … to write their lawmakers that I am encouraging gays and supporting their activities underground. The Gay law is FRAUD!! We did not vote for it, they passed it on our behalf stating that God doesn’t want it for the people. You put that kind of SHIT on the f**king ballot and we will be satisfied. The Gay law should be repealed and put on the 2015 ballot like any developed country would.

It is not in the 1999 Constitution and considered fraudulent. When the ppl vote against it, I will be convinced.
Watch me on CNN, CTV and SNN next week.

The battle line has just been drawn.

The controversial human right activist was deported from Canada in 2012.

Since then, she has been disturbing the whole of Ibadan and Nigeria through her controversial Facebook page.