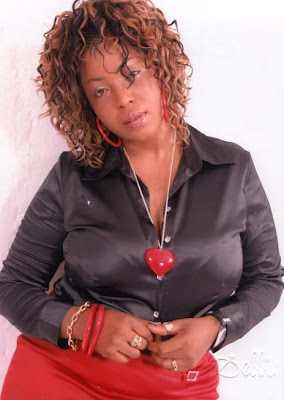 Nollywood beauty queen Chioma Toplis in a recent interview revealed her successful marriage of 18 years with her white husband.

The actress who said her hubby is madly in love affirms that the guy can never leave her. She also said if she dumped him today, the poor guy will take his own life.

Hear Chioma in her own words below

“Not for me, no matter how they talk about it, it will never happen. I know what I’m talking about because I know the man I am married to, it will never happened. That is why I’m not moved when I read what they write on the pages of newspapers and the Internet. In fact, if I tell my husband that I am living him today, he will commit suicide.

I am the pillar of that home, though I am not the one proving for the family but I remain the pillar. I can say it again, I don’t see my marriage crashing, if they like let them do or say whatever they like my husband will not leave me it is me that would decide whether I am going to leave him or not.

Hmmm this is serious.

How would the guy feel if he come across this interview online?

Is Halima Abubakar Getting Married?
Kemi Olunloyo Dares The Nigerian National Assembly Over Gay Law “Arrest Me If You Can”