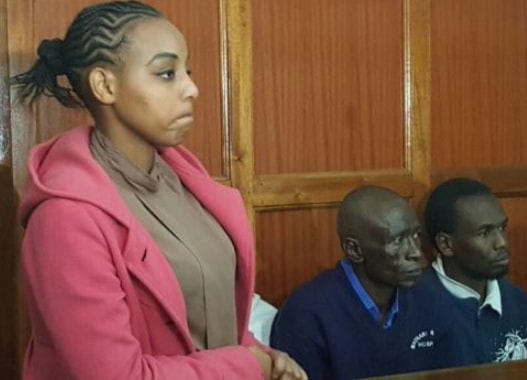 Ruth Kamande has been sentenced to death.

The Beauty Queen who murdered her boyfriend out of anger back in 2015 after she discovered that he’s HIV positive has been sentenced to death.
Kamande who became a beauty Queen inside Lanagata Prison in 2016 reportedly stabbed her boyfriend Muhammed 22 times when she found out he hid his HIV status from her.

She later confessed that she carried out the act in retaliation after he intentionally infected her with HIV.

Kamande was on Thursday sentenced to death by hanging for killing Fariz Muhammed, the breadwinner of his family.

She is expected to appeal the ruling.

Mother Of Breadwinner Killed By Eiye Cultists In Ilasa Lagos Curses Son’s Killers, Says Their Parents Will Know No Peace
230 Nigerians Stranded In Moscow Russia To Be Evacuated Today