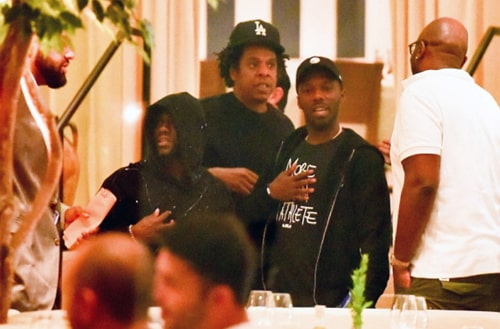 40 year-old popular American stand-up comedian, movie producer, and actor Kevin Hart, was spotted with popular rapper Jay-Z, and other friends, on an outing at the Beverly Hills hotspot Avra, on Monday.

They had a good time playing poker, and all ate before leaving the arena.

We can observe that this is actually the first time Kevin is spotted in public, after his recent car crash incident, which took place on the 1st of September.

He sustained major injuries in the auto crash, and was required to undergo surgery.

On that day, Kevin was a passenger in his 1960 model Plymouth Barracuda, alongside his wife’s personal trainer ‘Broxterman’, when the driver, who happened to also be Kevin’s friend, ‘Black’ the producer, lost control of the vehicle, and crashed into a wooden fence, at around 1 a.m, on Mulholland Highway in Malibu. 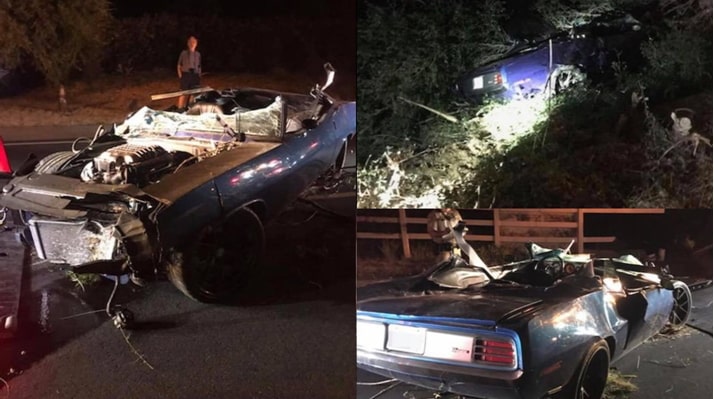 According to TMZ, The car was said to have crashed about 10feet off the mainway, and into a narrow channel, leaving Kevin Hart and his friend with major back injuries.

After the whole incident, ‘Broxterman’ was not injured, but Kevin and Black were later taken to a local hospital for treatment.

Kevin Hart bought this Barracuda on his 40th birthday, and announced it on Instagram, where he even nicknamed the car ‘Menace’. 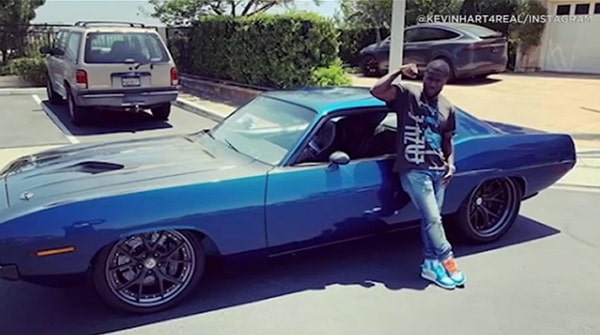 After the accident, Johnson posted a clip from their recent movie ‘Jumanji’, and captioned it with sweet words, asking the American star ‘Kevin Hart’, not to mess with his emotions, as they still had a long way to go in the industry, together.

Although he still does little works for the movie, he is not expected to be fully back to work, until early next year (2020).

He even recently declined attending an award event.

He and his wife ‘Eniko Hart’ were honoured by the Los Angeles Mission for their work with them, but the couple couldn’t attend the event, as Kevin was still recovering from the horrifying car crash.

According to a few sources, Kevin found out about the event just last night, and he couldn’t make himself available for the event.

The host of the award night ‘Cannon Nick’ will receive the award on behalf of the couple.

Kanye West Honours Jesus As King In New ‘Gospel Album’, Talks About Serving God’s For The Rest Of His Life
I No Wan Die – Duncan Mighty Begs Political Godfather