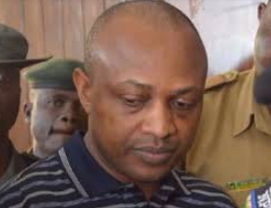 But on January 16, 2018, Justice Abdulazeez Anka held that Evans’ claims were not meritorious.

But the Police, through its counsel, Inspector Emmanuel Eze of the State Intelligence and Criminal Investigation Department (SICID), Panti, Yaba, Lagos, opposed him.

Yesterday, a three-man panel of the appellate court, in a unanimous ruling delivered by Justice A.U. Ogakwu, upheld the lower court’s decision,

“The appeal lacks merit and is hereby dismissed with no order of cost,” Justice Ogakwu held.