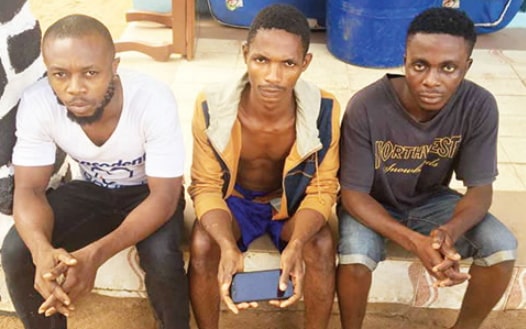 Police in Imo state have swung into action to rescue a female undergraduate of Madonna University in Okija Anambra state, Miss Esther Nnabuo who was kidnapped at Ukwo Orji  in Mbaitoli LGA of Imo state earlier in the week.

Here is what Imo State Police Commissioner, Galadanchi Dasuki said about the arrest of the suspects.

“In the course of investigation, the victim was rescued unhurt through intelligence and data tracking analysis at Ukwo Orji Forest. Three suspects were arrested, while the victim’s telephone and the ransom were recovered.”

18 year old Esther Nnabuo has been reunited with her parents.