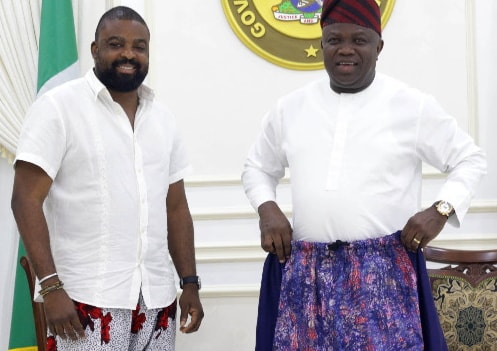 Apart from the kind of relaxation which the Kembe pants could give a busy State Executive like Governor Akinwumi Ambode of Lagos State, he beams the kind of pride one displays when a protégé is delivering on the promises of lifting a cherished culture and tradition.

Afolayan is a member of the Board of Lagos State Council for Arts and Culture, and apart from running Ire Clothings as a business,Kunle’s Kember, the ‘funkified’ Yoruba attire, made entirely from local fabrics, is just one of his ways of promoting Lagos State, and the South-West by extension. 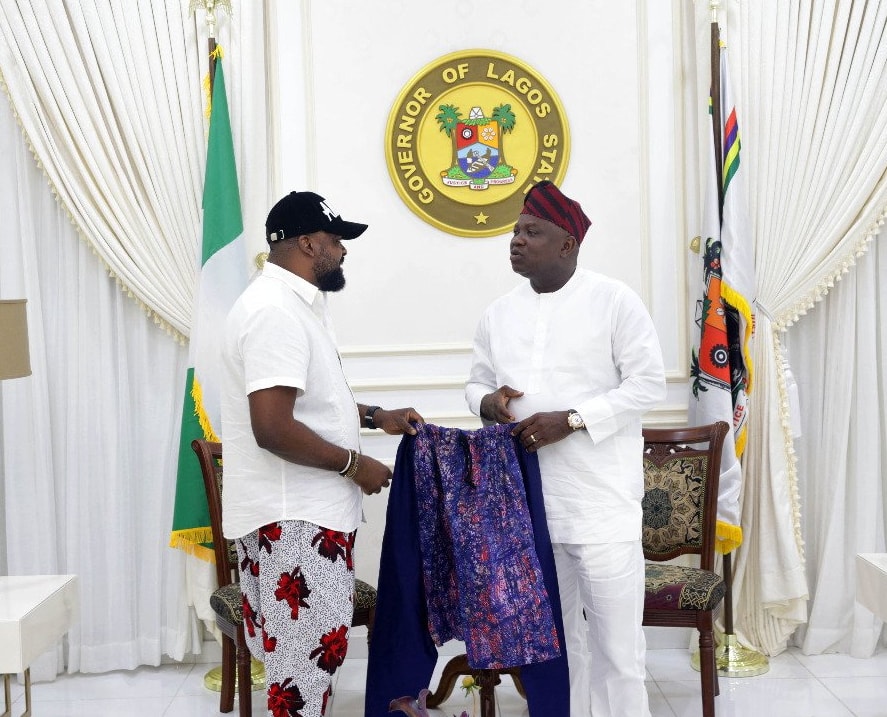 Afolayan told The Nation that patronage has been so unprecedented, running into thousands in less than a month of launching the product. He is optimistic that apart from the present local and international distributions for the product, Ambode’s subtle endorsement of Kunle’s Kembe is sure to galvanize market demand, being the People’s Governor. 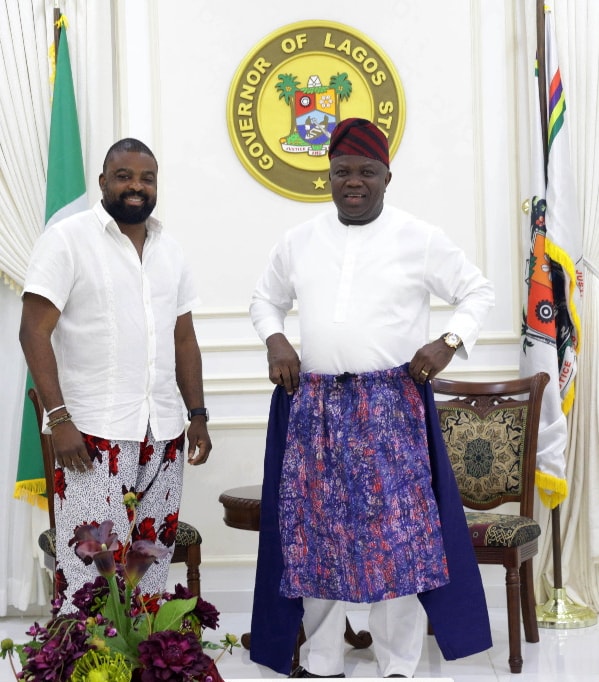 Already the ‘October 1’ director is inundated with demands for the product by fellow celebrities, socialites and politicians who have found the simple-styled fashion as a refresher.

Some of the celebrities who have signed for Kunle’s Kembe include Richard Mofe-Damijo, Ali Baba, Desmond Elliot, Faithia Balogun, Falz the Bahd Guy, Femi Adebayo and Toyin Abraham among others. 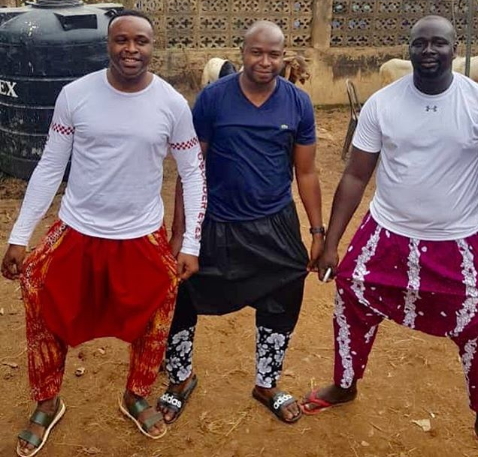 The filmmaker, on Thursday, also unveiled the official logo of Ire Clothings, a creative lettering bearing the scissors as a center of attraction on a blue fabric, dotted by sparkling cowries.

The filmmaker reiterated that the attire “is one of the products that I intend to also use to promote Lagos. It is one of the souvenirs that tourists will have to take away from here subsequently. And I must add that all fabrics are locally sourced and so are the hands used in piecing them together. It is hundred percent Nigerian.”