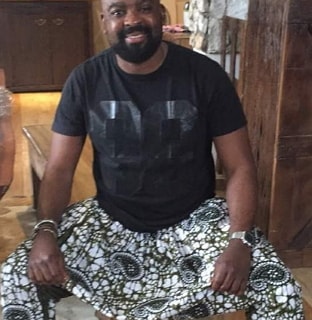 Nollywood filmmaker Kunle Afolayan who recently hit the pages of tabloid after sending his son to learn how to fix cars has revealed why he did so.

In this chat with Saturday Beat, Afolayan said he sent Darimisire Afolayan to a mechanic workshop to spend his holiday in order to learn a vocation in addition to his academic studies.

On why he allowed his 8-year-old to go that far, the actor said:

“Children of this generation may think they are having fun because they didn’t experience what some of us experienced but they are caged. Most of their life is spent either in front of television or the computer game. My children are a bit different; they are not addicted to anything. Even the most senior one who has a phone, most times I force him to pick the phone because he doesn’t stay on it.

“I also want him to learn how to interact with people outside the house and learn how to speak Yoruba so that when he is back in school, he will understand that life has different sides and not everybody is privileged to have what he has”.

On the motivation behind his new clothing line, the thespian said:

“I never planned to have a clothing line; I like to be different, so I decided to use the Adire fabric to improve on the kembes I bought in India. After I designed and made some for myself, people liked it; that was why I decided to make a business out of it.”

Russian Woman, Prostitute Trying To Sell Friend’s Daughter’s Virginity Online Arrested By Undercover Cop
Uche Ogbodo: Life As A Single Mother Is Hard…I Cry When My Daughter Asks Me About Her Father