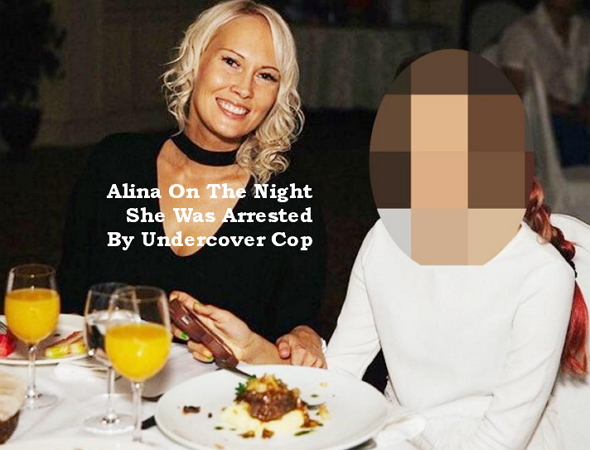 A  woman has been placed behind bars for her desperate attempt to auction off her friend’s daughter’s virginity online.

Kukanova Alina was caught while attempting to sell the 13-year-old girl’s virginity to a man from the United Arab Emirates.

The mother of the girl, Gladkikh Irina was the one who inspired Alina to find a buyer for her daughter’s virginity online.

She yielded to her advice and went in search of a man who will take her friend’s daughter in for a night and pay them huge money.

Alina later found a buyer who offered to pay £18,000 with the girl.

After concluding the deal, Alina told her friend that she has found another buyer who will like to pay more in Moscow. Unknown to her, the new bidder was an undercover cop who spotted the advert online and decided to rescue the girl.

Alina was arrested at a restaurant in Moscow after the undercover police treated her to a sumptuous dinner and gave her fake money.

Alina and her friend, the mother of the teenage girl are believed to be sex workers looking for money to fund their lavish lifestyle.

They both awaiting sentencing.

The innocent girl has been handed over to her father’s relatives.