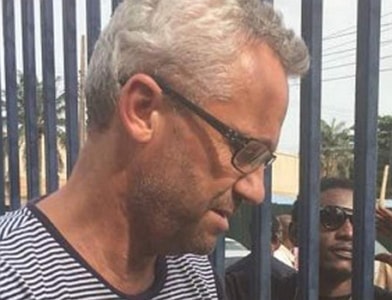 The father of Alizee, the singer murdered by her Danish husband in Banana last month has come after Lagos Police for treating the killer of her daughter specially.

“We were told he has been taken to Ikoyi Prison. But the last time we saw him in court, he did not look like someone who came from a prison. He looked very clean, wearing a white shirt and holding a bottle of water. A lot of people are saying the man is not in the prison. I was also told that he was taken to his house to collect some items. This doesn’t speak well about the country if some prisoners get preferential treatment because of their status.”

Odunlade Adekola Denies He Didn’t Attend Lectures At UNILAG “I Worked Hard For My Degree”
Mike Ezuruonye: Dayo Amusa Introduced Me To Acting, I’m Happy She Is Still My Friend