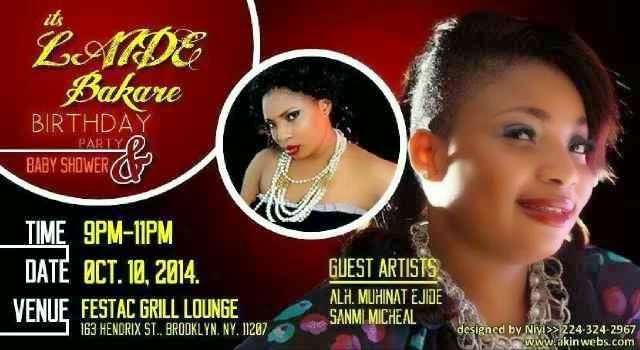 Run-away Nollywood actress Laide Bakare is set to deliver her third child any moment from now in the United States of America.

The actress-turned movie producer who fled to the US few months ago after EFCC declared her husband, Alhaji Tunde Orilowo wanted has made New York her temporary abode for now for the safety of her kids and herself.

Tomorrow, the big madam will be having a two in one party in Brooklyn New York.

I hear her husband has left Canada for the United States. He fled to Calgary Alberta when he was declared wanted by EFCC over a fraud allegation involving several MTN estates under construction.